Cost of acquiring PI cases is £700 – and the referral fee ban will have no effect, says report 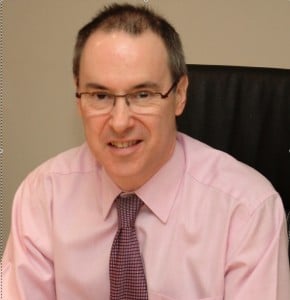 Otterburn: firms will have to cross-subsidise

The cost of acquiring personal injury cases, irrespective of the referral fee ban, is around £700 – £200 more than the government is proposing for routine road traffic claims even before the legal work is factored in, according to new research.

Andrew Otterburn of Otterburn Legal Consulting also suggested that the changing insurance market means it may make sense for insurance companies to bring the legal work around claims in-house.

The report – commissioned by the Association of Personal Injury Lawyers – sought to examine the argument that the referral fee ban in April means the fixed recoverable costs paid to solicitors can be substantially reduced, with the Ministry of Justice proposing that the fee for a low-value road traffic case going through the RTA portal should fall from £1,200 to £500.

It concluded that “unless firms are able to cross-subsidise, they will no longer be able to do this work profitably”.

It continued: “It might be possible to charge clients an amount in addition to their ‘recoverable’ fee; however, clients may be unwilling to pay this. The result will be that victims of accidents will not be represented and many firms will be forced to close.”

Mr Otterburn argued that the term ‘referral fee’ has been applied very widely to embrace “marketing expenditure which is universally accepted as normal in the course of any business”, as well as paying for specific cases. The ban is targeted at the latter practice.

He looked at a range of firms that bring in work in a wide variety of ways – from a traditional firm with just a fee-earner and secretary in its personal injury (PI) department that spends nothing on marketing to a niche PI practice with 300 people and a marketing spend of £3.2m, hardly any of which is for buying in work.

Acquisition costs averaged out at about £700, from £200 at the bottom to £900 at the top. The firm that spent nothing on marketing is planning to close the department this year because work levels are so low. It is generally accepted that routine RTA portal cases require around 10 hours of work.

“All businesses undertake marketing and there is a cost in acquiring all new customers, and in many cases it is substantial,” the report said.

Mr Otterburn said research from 2011 indicated that an insurance company might be paying as much as 51% of the premium in acquisition costs, with an overall average of 27%.

He continued: “It is important to put the discussions surrounding referral fees in the wider context of these challenges facing the insurance industry… The research indicates the

Lower profitability of business generated via comparison websites, and in particular the issue of falling retention rates and insurance company brand loyalty.

“It raises serious questions about the ability of insurers to maintain their current economic model in the face of this challenge to their markets. It may well be tempting for some of these companies, no longer allowed to sell the details of their policyholders involved in accidents, instead simply to transfer the leads, for no referral fee, to an in-house legal provider…

“The key advantage the insurance industry would have is that their acquisition cost would be zero.”