Convicted solicitor was “naive but not dishonest”, says tribunal 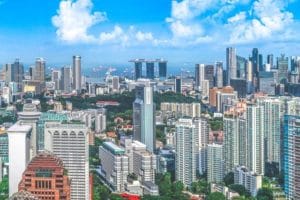 The solicitor convicted of transferring criminal property after being taken in by a charismatic conman posing as the Pope’s banker was naïve but not dishonest, the Solicitors Disciplinary Tribunal (SDT) has said in explaining why it considered a £2,000 fine sufficient penalty for her misconduct.

Buddika Kadurugamuwa received a six-month suspended sentence and ordered to carry out 125 hours of unpaid work after transferring £111,400 into an HSBC account in her husband’s name when Luis Nobre told her he was closing down his account and needed to move the money.

We reported last week that Ms Kadurugamuwa had been fined, and the SDT has now published its reasons.

To be convicted under section 327 of the Proceeds of Crime Act 2002, the jury would have had to be satisfied that she knew or suspected that the money she transferred was criminal property, the tribunal observed.

However, it said the certificate of conviction and the judge’s sentencing remarks “did not resolve the issue of actual knowledge as opposed to suspicion”.

As a result, the hearing proceeded on the basis that Ms Kadurugamuwa suspected that the money was criminal property – “as there was no evidence that she knew that it was” – but not that she was convicted of a criminal offence which of necessity involved or in fact did involve dishonesty.

The SDT quoted the sentencing judge as saying Ms Kadurugamuwa had been “of excellent character in every way” and had suffered during the case, which helped to mitigate the penalty but could not “extinguish” it.

It said the custodial sentence was suspended as the judge considered her “to, in a way, also be a victim” of Mr Nobre.

The tribunal recorded how Ms Kadurugamuwa, who was born in 1969 and qualified in 2007, had first met Mr Nobre in about 2003, and had occasional contact with him in the years after. He got in touch in January 2012 and told her that €100m of investment money that he had received had been frozen by the police. But he produced documents that suggested there was nothing wrong.

He asked her to hold monies for him and to pay his personal expenses from them. Ms Kadurugamuwa believed them unrelated to the €100m and were his personal funds.

She received the monies in US dollars and paid them into an account in Singapore as this was the only US dollar account she had. When the bank notified her that it was going to close the account, she transferred the money to her husband’s account in Colombo, rather than her account in the UK as she had a credit card debt and was concerned the bank would take the money for that.

At that time, she had had no contact with Mr Nobre for about 18 months.

Ms Kadurugamuwa said she considered she was acting as Mr Nobre’s friend rather than solicitor, but the SDT said that was irrelevant. “[She] was a solicitor and had to adhere to the high standards expected of her in all her conduct… [She] should not have committed a criminal offence and given that she had done so and she was a solicitor, her actions were in breach of a position of trust.”

However, she did not act in the course of her employment and the money was not client money.

The tribunal found that Ms Kadurugamuwa’s motivation for the misconduct “appeared to be her misguided loyalty to Mr LN whom she viewed as her friend. She had not made any personal gain”.

While she was not inexperienced, “she was not the most experienced solicitor and she appeared somewhat naïve”. She had, it said, “turned a blind eye”

Limited harm had been caused as the money had been recovered with minimal deductions. “However the money was criminal property so it was not possible to say that there was no harm.”

It concluded: “The misconduct was serious because it involved the commission of a criminal offence of which [Ms Kadurugamuwa] had been convicted and thereby involved admitted and proved breaches of the [SRA] principles.

“However, taking into account [her] level of culpability, the harm caused and the aggravating and mitigating factors, the level of seriousness was towards the lower end of matters of this kind coming before the tribunal.”

In addition to the fine, the SDT ordered that she cannot be a manager or owner of a law firm, be a compliance officer or money laundering reporting officer, or have sole responsibility for any financial matters.

It said Ms Kadurugamuwa could apply to vary or rescind these conditions after two years, but “wished to express its concern” to a future tribunal considering such an application that, whilst it did not consider she would deliberately commit misconduct, “it was possible that [she] could in the future be manipulated by someone similar” to Mr Nobre.

“Whilst the conditions could not guarantee prevention of a repetition of what happened in this instance, they offered [Ms Kadurugamuwa] and the public very substantial protection and indeed the best protection short of striking off, which the tribunal had decided would be disproportionate in this case.”