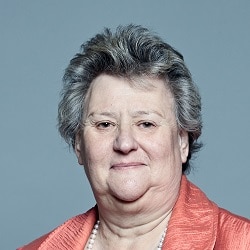 Wheeler: I don’t believe in driving down your fees

New rules requiring estate agents to be transparent about referral fees received from conveyancers will have a year to prove their effectiveness or a complete ban will be back on the table, the housing minister said yesterday.

Heather Wheeler MP also revealed that a pilot for a standard reservation agreement – which both seller and buyer would sign after an offer is accepted, with possible financial consequences if one later pulls out of the transaction – will take place this year.

Speaking at the Council for Licensed Conveyancers’ annual conference in London, Ms Wheeler updated delegates on the Ministry of Housing, Communities and Local Government’s (MHCLG) progress with its plans for improving the home buying and selling process.

On referral fees, she said: “Buyers choose the house, not the estate agent, but this shouldn’t mean that they choose their conveyancer by default.

“While referral fees are an important feature of the industry, and a way of reducing marketing costs and building business, I’m concerned about the current lack of transparency. There are concerns I know you share. Consumers should always know they have a choice.”

Ms Wheeler said National Trading Standards would next month publish guidance for estate agents on how and when they should disclose referral fees.

She added: “I have provided National Trading Standards teams with extra funding, to support their efforts to ensure transparency, and I’ve asked them to report back to me in 12 months.

The minister said research showed that most people thought their transactions would not complete: “Too many people are walking a tightrope once they put in that offer.”

While there were good reasons not to complete, “I don’t want people pulling out without consequences just because they’ve now decided they don’t like the avocado bathroom suite”.

A standard reservation agreement would “increase people’s commitment by ensuring that they get some skin in the game”, Ms Wheeler continued.

“While an agreement can’t compensate emotional stress of a failed transaction, people should be able to recover their costs. There’s no reason why this can’t become standard practice. I believe the appetite is there.”

The MHCLG is commissioning behavioural insight research to help design the agreement, and there will be a field trial later this year, she confirmed.

Speaking at in the subsequent plenary session, ministry office Matt Prior explained that Philip Freedman, the chairman of London law firm Mishcon de Reya, had drafted a two-page agreement – he stressed that it would not be amendable as the idea would not work if there were many different versions in the market.

Mr Prior said the behavioural insight research was looking at issues such as how much money each party would have to commit, and the circumstances under which they could withdraw from the transaction without losing it.

The agreement would be signed subject to survey, he said, adding that this should encourage more people to commission surveys.

The civil servant predicted that the agreement would also encourage sellers to deal with problems that might otherwise come up later in the transaction because they could lose money if the buyer pulled out as a result of them.

Several delegates argued that few transactions collapsed simply because one of the parties had changed their mind.

Mr Prior said the fear of gazumping and gazundering was “real”, even if the incidence of them was low, and the agreement would give parties “confidence that it will get to the end”.

He described it as a “temporary measure” pending the government’s attempts to reduce the average period between handshake and exchange, which is currently 14 weeks.

Elsewhere in her speech, Ms Wheeler reassured delegates that “I don’t believe in driving down your fees” as a solution to problems in the housing market.

Rather, many of the measures were aimed at reducing the failure rate and consequent wasted costs.

She said that, in the spring, the MHCLG would publish ‘how to buy’ and ‘how to sell’ guides for consumers, and continue to put pressure “to speed things up where needed”.

More than 80% of local authorities were now meeting the government-set target of turning around searches within 10 working days, she said.

Leaseholds were another cause of delay. Ms Wheeler said there would for the first time be guidelines for freeholders and managing agents on how quickly they must provide information and how much they could charge for it.

Also speaking at the plenary, Victoria Mortimer – a partner at Leeds firm Shulmans and a director of the Conveyancing Association – explained how her firm worked with estate agents to prepare property information upfront.

She said its statistics showed that having this attracted more viewings to a property and made it easier to sell, as well as cutting “weeks” off the conveyancing process and demonstrating the commitment of the seller.

Ms Mortimer also urged the government to focus on chains, and how it could help to ensure that if one transaction fell through, the whole chain did not collapse – cheaper bridging finance was one suggestion.

She also praised government reforms that have made renting easier and less daunting, and so made that a more viable option for the parties in the failed transaction.

Mike Harlow, acting chief executive of the Land Registry, also took part and in discussions about speeding up the process, one delegate said some of the biggest delays he faced were from other lawyers.

Highlighting the Land Registry’s ambition to be able to provide all the information required for a property, Mr Harlow said: “You have a coalescence of need and technological opportunity…

“If we can – and I think we can in the near future – make that information immediate, clear and accessible, you will get faster, more confident buying decisions that then mean that solicitors and conveyancers who are just sitting on things will get called out because it will be clear that it could be quicker.”