Conveyancing platform aims to be “central source of truth” 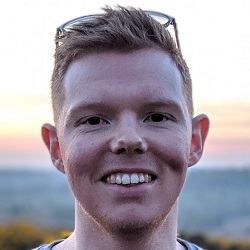 A conveyancing platform which aims to provide a “central source of truth” for buyers, sellers, estate agents and lawyers is being tested by law firms in Kent.

Michael Wadsworth, chief executive of adoor, said he aimed to learn from the failure of previous attempts to create an all-embracing conveyancing platform, in particular the Law Society’s Veyo.

His co-founder is Ian Jones, a solicitor at Cripps Pemberton Greenish in Tunbridge Wells.

Mr Wadsworth said the focus of adoor would be on communication and enabling buyers, sellers, conveyancers and estate agents to track an entire chain of transactions in one place.

He said the idea came from the experience of his former boss in 2018, who complained that it had taken over 12 months to complete a house purchase, having been part of a seven-property chain.

“He was continually chasing his solicitor for updates and could not understand why he could not track the process online. That was the genesis of adoor.”

Mr Wadsworth said adoor was being tested by two law firms and two estate agents in Tunbridge Wells before a wider roll-out next month.

Fees paid by estate agents and conveyancers on a per transaction basis will not be charged until the autumn.

The company plans to raise money through a funding round later in the summer.

Mr Wadsworth said the next step was to integrate adoor with the case management systems used by conveyancers. He said adoor had been in talks with software suppliers to achieve this and with search providers to integrate their systems.

The Law Society decided to scrap Veyo in December 2015, leaving it with multi-million-pound losses. Mr Wadsworth said he had discussed adoor with the Law Society, which had stressed the importance of communication.

Mr Jones said “things had moved on” since the failure of Veyo – when he qualified six years ago and became a residential conveyancer in Surrey, it was still based on paper files.

The pandemic has pushed solicitors to focus their minds more on technology, he went on.

Now a commercial conveyancer working on large developments, Mr Jones said he had attended a number of proptech roundtables recently where some of the ideas were a bit “pie in the sky”, but they were “still really good ideas” and lawyers were interested in them.

“People would have scoffed at these things only a few years ago, but attitudes are changing.”

Mr Jones said conveyancing was “getting harder”, with increased regulatory demands, and adoor enabled lawyers to concentrate on the important parts of their job, with “fewer interruptions”.

He went on: “We’re offering something that improves conveyancing and increases the amount of knowledge a buyer and seller have, but we’re not asking anyone to change the way they work.

“Buyers and sellers expect immediate answers. The number one complaint about conveyancing is lack of communication. This gives people answers they can trust and understand.”