Conveyancing paralegal banned for trying to cover up mistake 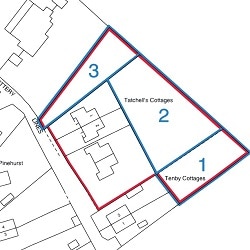 A conveyancing paralegal who tried to cover up her mistake in not sending an updated plan to the buyers’ solicitor has been banned from working in the profession.

Amy Hannah Whiting has been made subject to an order under section 43 of the Solicitors Act 1974, which means she cannot work for a law firm without the Solicitors Regulation Authority’s (SRA) permission.

Section 43 orders are the most severe the SRA can hand out to a non-solicitor.

According to an SRA notice, Ms Whiting worked at Leeds firm Blacks and acted for a client on the sale of new-build houses being constructed on an estate.

In January 2019, on the sale of one of the houses, the client provided her with a plan of the property that included a detached garage. Ms Whiting sent it to the buyers’ solicitor.

The client subsequently sent an updated plan which did not include the garage. She did not forward this and exchange of contracts took place on the basis of the original plan.

When this came to light, Ms Whiting told her employer and the client that she had sent the revised plan, and created and backdated a letter to the buyers’ solicitor purporting to enclose the updated plan.

Blacks conducted an internal investigation, which resulted in a written warning for Ms Whiting, and reported the issue to the SRA.

The SRA said that, in making the order, it took into account that Ms Whiting had “significant experience working with firms of solicitors and there have been no other concerns about her professional conduct”.

She admitted her conduct and expressed remorse for her actions, and said at the time “she had been under a lot of pressure due to volume of work and was dealing with very difficult personal circumstances”.

The notice said Blacks decided to keep her in post, while offering additional support. “She has been working hard since the incident to honour the trust placed in her by the firm and there have been no other incidents or concerns.”

Nonetheless, she agreed that a section 43 order was appropriate because her conduct “makes it undesirable for her to be involved in a legal practice because it shows that she has been dishonest and may mislead her clients”.