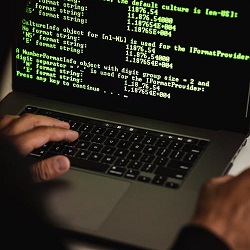 The country’s largest conveyancing group has been told by its regulator to improve communication with clients in the wake of a paralysing cyber-attack this week.

It came as the Solicitors Regulation Authority (SRA) revealed that law firms had lost nearly £1m – and probably much more – to cyber-attacks in the first half of this year.

Scores of clients of firms that form part of the Simplify group have taken to social media to complain about the difficulties they have had getting in contact with the firm since the attack, which was first reported on Monday.

People have been left questioning whether upcoming completions would go ahead – with some saying their completions this week have already been missed – and expressed concerns about money with one of Simplify’s firms.

Firms within the group include Premier Property Lawyers, DC Law, JS Law, Cook Taylor Woodhouse and Gordon Brown Law. Some have identical messages on their websites about the problem but few have a social media presence to share the message.

They are regulated by the Council for Licensed Conveyancers (CLC), which tweeted yesterday: “The CLC is requiring frequent updates from the Simplify group… on their progress rectifying the impact of this week’s cyber incident. We have advised them to improve their communications with clients and lenders.”

It is currently believed that no client data has been compromised but a precautionary report has been made to the Information Commissioner’s Office.

Purplebricks – which recommends that customers use Premier Property Lawyers – tweeted that it was “working closely” with the firm “to get this resolved as quickly as possible” and contacting all customers who have been affected.

When the attack was first detected, Simplify took down its other systems to protect them.

In its most recent update on Wednesday, the company said it had restored its systems sufficiently to enable clients to move.

“The good news is that almost all contracted transactions with a fixed completion date are up to date.

“We would assure you that we have been working round the clock to restore our operations. This includes carefully bringing systems online as part of a secure phased approach and finding workarounds to complete transactions safely.

“At all times we have been acting in the best interests of our clients and understand how challenging this situation has been for them.”

The CLC said the group “responded immediately upon discovery of the incident by engaging a number of third-party cyber specialists to fully restore systems, find ways to support clients’ property transactions and undertake a thorough investigation to gain a fuller understanding of the incident”.

Meanwhile, a regulatory manager at the SRA revealed yesterday that just under £1m has been stolen from law firms as a result of cyber-attacks in the first six months of 2021.

She said around 40% of reports to the SRA involved attacks starting with an email, leading either to phishing – the email in one recent attack supposedly came from one of the SRA’s own executive directors – email modification or ransomware.

Another recent report came from a firm that noticed that all of its emails were arriving out of time order and with a slight delay.

It transpired that criminals had penetrated the system and diverting any email that mentioned the word ‘purchase’.

Ms Clements also told a horrifying story of a firm that suffered a vishing attack – where criminals convinced it over the phone that they were from its bank – and on their advice made the same payment 25 times over the course of an hour, believing each one had failed, paying out £1.2m before getting suspicious.

However, she said the SRA took no regulatory action as the firm had done the right things, including phoning the bank back on what appeared to be the right number.