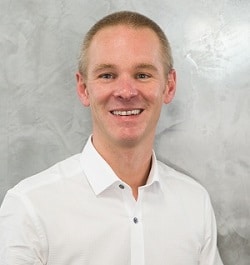 Over a third of home movers would be prepared to pay more for a “premium customer service” from their conveyancer, according to new research that also charts how local solicitors have lost ground to licensed conveyancers and online operations.

It said that many conveyancing firms were not responding quickly enough to “21st century mindsets”, leaving consumers frustrated and in the dark about their matters.

The study [1] of 1,000 people who have moved home over the past decade – by conveyancing software company InfoTrack [2] – found that UK home movers perceived conveyancing as predominately process-driven, which it said put the onus on the sector to differentiate by providing added value.

“As the housing market slows and movers gain power, changes in consumer expectations around what constitutes a positive experience (and how it’s delivered) are becoming ever more important,” the report said.

“It’s therefore a concern that the findings show that the current conveyancing market is often struggling to deliver the personable, efficient and user-friendly service today’s home mover wants.

“Similarly, in an ‘always on’ consumer environment, the inflexible, process-focused nature of many firms is harming reputation and recommendation, as people look elsewhere for conveyancing.”

But the report said the outlook “need not be bleak” – that 35% of respondents said they would pay more for a service with a premium customer service focus, “modernising is about thriving more than it is surviving”.

It continued: “If there’s one lesson conveyancers can take from the survey, it’s that the rewards for meeting consumer expectations are out there. It’s just a question of who moves first to claim them.”

Filling the gap were local licensed conveyancers – used by 21% of buyers in the past year, compared to 16% three to 10 years ago – and online conveyancers, for which the figures were 20% and 8%.

This indicated a greater deal of willingness to shop around: “Traditionally, only a minority of home movers (24%) took the time to get more than one quote before choosing a conveyancer. That number has now risen to 59% taking two or more quotes, and could well rise again.”

But nonetheless, 44% said they find it hard to differentiate between conveyancing firms, “meaning other decision-making factors grow in importance”.

The survey found that home movers viewed conveyancing as predominantly process driven, identifying that conveyancers added the most value in liaising with HM Land Registry (28%), managing the collection and transfer of funds (26%), drawing up contracts (26%) and conducting local searches (23%).

As most surveys of this type have found, there was a high level of frustration and dissatisfaction with conveyancers’ communication – both the method (most people want more digital contact) and the substance (less jargon) – as well as delays and feeling a lack of control.

Only 22% of people said they were swiftly informed of delays during the moving process, and just 28% felt they received prompt progress reports.

The report also established that 50% of consumers want their conveyancer to take on a more consultative role and provide advice when it was needed.

The report said: “For conveyancers, this changeable and unpredictable market has potentially huge consequences. When sales slow, consumers become more powerful, as they vote with their feet if service isn’t up to standard.

“As such, businesses involved in home moving have to work harder to ensure they win business. Otherwise they risk losing out on what’s becoming a shallower pool of opportunity in a sluggish market characterised by a growing sense among many that it’s better to put moving plans on ice, until some of the political and economic uncertainty in the UK lifts.”

Adam Bullion, InfoTrack’s general manager of marketing, said: “Consumers feel that conveyancers take care of the most laborious admin tasks, and ensure their money is being moved around safely and efficiently.

“However, conveyancers should understand that consumers also want consultancy throughout each stage of the process. Consultancy can act as a real value add within the transaction which means better communication.

“Changing communication methods to engage with their customers on their preferred methods, will have multiple benefits, from time-saving for the conveyancer, to increased client satisfaction, leading to an increase in repeat business.”