Conveyancing clients “not as satisfied as surveys suggest” 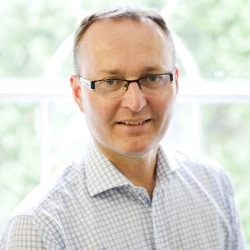 A member of the Legal Services Consumer Panel has questioned the findings from the panel’s own research that showed consumer satisfaction with conveyancing is high.

Mark McLaren argued that there remains a lack of “meaningful change or leadership driving consumer-focused transformation” in the conveyancing market.

Writing on the panel’s website, Mr McLaren – also a non-executive director of the Property Ombudsman and a former senior executive at Which? – said: “But do these findings tell the whole story? For example, were over 90% satisfied with the outcome simply because they managed to buy their dream home, or avoided buying a home that was falling down?

He questioned how the average consumer judged whether the process that led to their house purchase “really has been as good as it should have been, given their lack of technical and professional knowledge”.

Mr McLaren said: “To think that high user satisfaction, or satisfaction of outcome tell the whole story, in my view, risks complacency from conveyancers.”

He pointed to research published by the Solicitors Regulation Authority earlier this year, which showed that 37% of dissatisfied consumers said this was because the service was slow or inefficient.

“Their overall conclusion was a call for ‘clearer conveyancing information, especially for first time buyers’,” he noted.

Mr McLaren said there had been a lot of research and consultations on aspects of home-buying published this year, the most significant of which was probably the government’s response to its consultation on improving the home buying and selling process.

This started with the minister’s “very blunt assessment” that the current home buying and selling process in England was not fit for purpose.

Mr McLaren said: “It’s time to really put the consumer first, and move on from the traditional blame game and passing the buck, to secure actual improvements.

“From my own personal experience, writing as a relatively well-informed consumer who has bought and sold two houses in the last three years, my recent conveyancing experience was so awful that I’m amazed 100% of consumers don’t express some dissatisfaction with both the process and the service.

“Would anyone like to tell me just how wrong I am?”

Mr McLaren did not reference legal regulators’ new transparency rules, which are to come into force in December.