Conveyancers on both sides held liable for fraud in landmark case 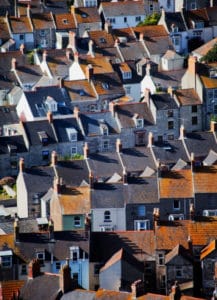 The conveyancers on both sides of a property fraud have been found jointly liable for the £470,000 loss suffered by the buyer.

The ruling of His Honour Judge Pelling QC, sitting as a High Court judge, is the first authority on the obligations owed by a seller’s solicitor to a purchaser, and specifically the reasonableness of his actions when he had been duped as well.

Purrunsing v A’Court & Co (a firm) & Anor [2016] EWHC 789 (Ch) concerned the purported sale of a property in south London by a fraudster who claimed to be, but was not, its registered owner.

The fraud was discovered only after the claimant’s life savings had been paid away and he was left empty handed.

Both the solicitors’ firm that unwittingly acted for the fraudster – Windsor practice A’Court & Co (ACC) – and the licensed conveyancers who acted for the buyer, House Owners Conveyancers (HOC) in north London, admitted liability for breach of trust over the purchase money, which was sent by ACC to an account in Dubai.

The trial was about whether they had acted reasonably to be entitled to relief under section 61 of Trustee Act 1925. HOC was also accused of breach of contract and duty.

He found that ACC made “no serious attempt” to carry out risk-based due diligence and comply with anti-money laundering regulations to prevent the fraud. Critically the firm obtained no documentation linking the seller to the property – it had failed to make further enquiries even though the fraudster had provided an address that was neither that of the property nor the alternative service address that appeared on the Land Register.

“The reality is that Mr A’Court simply did not know of the terms of the rules and guidance to which he was subject,” the judge found. Had these enquiries been made as and when they should have been, it is unlikely the fraud would have occurred in the way it did.”

HHJ Pelling said that equally HOC could not reasonably have been satisfied by the answer it received from ACC on whether the vendor was entitled to sell the property, and that it should have told its client about the issue.

In the circumstances, with the vendor insisting on a fast sale, the judge said the buyer would either have withdrawn from the deal or declined to proceed without further information to prove ownership.

He concluded: “Having regard to relative causal potency as well as comparative blameworthiness… leads me to conclude that HOC and ACC must each bear equal responsibility for the loss.”

Beth Holden, the solicitor at south London firm Anthony Gold who acted for the claimant, said: “There is no doubt that this decision will resonate in the profession and probably the wider public. Property fraud is on the increase. More and more people have un-mortgaged properties which are highly attractive to fraudsters.

“The public are entitled look to the professionals to protect against fraud, even the estate agents who market the property. In this case we see the court saying that conveyancers on opposite sides of the transaction have joint responsibility to protect the purchaser’s money, no matter who their client is.

“Old doctrines of buyer-beware and solicitors’ warrantees of identity, are not substitutes for compliance with strict requirements of anti-money laundering regulations and the duty to actively protect the transaction from fraud.”