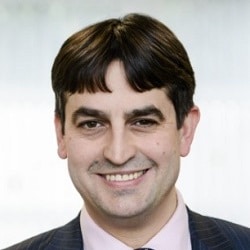 Pepper: Some of the old certainties have been shattered forever

A large number of conveyancers are focused on growing their businesses this year, even though some have struggled to cope with the workload of a hot property market, research has found.

Asked what their biggest challenge was in 2020, almost a third (32%) said it was workload.

Researchers from tmgroup contacted over 600 property professionals, including around 170 conveyancers, in December last year and January this year for the report Thriving in the Pandemic.

The most popular business priority for 2021 was better use of technology, cited by 46% of conveyancers, followed by growing the business or expanding operations, cited by 43%.

Around a third said the biggest priority for them was business integration and efficiencies (32%), with a smaller group saying it was digitisation. Only a couple of conveyancers said they wanted to downsize or sell their business.

Just over a third of conveyancers (32%) said workload was the greatest industry challenge they faced in 2020, followed by unrealistic client expectations and delays.

Time pressures, inadequate systems and technology and skills shortages were mentioned by less than 10%.

Researchers said the “inability of the industry to handle the rapidly increased volume of activity in the second half of the year was a huge challenge, resulting in significant delays and an underwhelming customer experience”.

They said the impact of the delays “was experienced most acutely by estate agents”, with conveyancers believing that searches were “the number one cause” of the problem.

“Sadly, there was also a trend of multiple parties connected within the transaction, particularly residential conveyancers, feeling under huge personal pressure to work longer hours to cover for the inadequate processes and technology in their businesses – with some feeling they were working longer hours from home than they would have been working in the office, and others suggesting they were in serious danger of suffering from exhaustion and the associated lack of well-being as a result. None of which is sustainable.”

When asked about the factor with the most “positive impact” on their businesses in 2020, almost half of conveyancers (46%) said it was remote/flexible working. More acceptance of digital working was cited by a further 22%.

These factors pushed getting new clients into third place, mentioned by around 18%.

The two factors conveyancers highlighted as having the biggest impact on them in 2021 were the stamp duty holiday, due to finish at the end of next month and cited by 76%, and the progress of the government’s vaccination programme.

Much smaller numbers were concerned about Brexit or economic policies on issues such as interest rates.

Conveyancers said their expectations were that the property market in 2021 would be characterised by “more broken chains” or transactions falling through (44%), better use of technology (30%) and slower transactions (23%) – possibly as a result of chains collapsing.

Joe Pepper, chief executive of tmgroup, said: “2020 was the year that nobody planned for, and whilst the UK property transaction industry would eventually fare better than many other parts of the wider economy, it was still the nearest thing to a rollercoaster ride that many of us will ever face in our working lives.

“Most of the industry has had to react and change at a pace not experienced for decades, and many of the ways of working that businesses operated to in the first quarter of the year had disappeared by the time we got to the summer, and it seems likely that some of the old certainties have been shattered forever.”