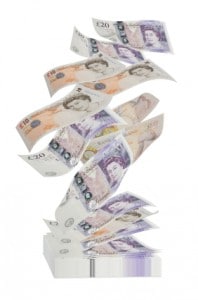 The Council for Licensed Conveyancers (CLC) has rejected Law Society calls for a ban on referral fees in conveyancing, although it is proposing to increase the disclosure requirements on firms.

In a consultation paper issued last week, the CLC said its own monitoring has found “little evidence of significant detriment” to consumers from referral fees, in line with the Legal Services Board’s own conclusions last year.

Despite the board’s findings, the government is introducing a ban on referral fees in personal injury, but currently has no plans to extend it to conveyancing, despite pressure from the Law Society in particular.

The CLC said it has “provisionally” decided that a blanket ban would not be justified by the evidence seen to date. “In addition, we would be concerned that a ban could create perverse incentives which lead to more harmful behaviour, such as ‘under the counter’ inducement fees.”

It added: “The fact of a referral arrangement may result in swifter resolution of difficulties which are commonly encountered in a transaction and in lower costs to the client.

“This possible benefit is obviously only achievable as long as the client is made aware at as early a stage as possible of the implications of the arrangement (particularly in financial terms to the referrer and to the lawyer) and of the client’s entitlement to instruct a different lawyer.”

However, the CLC said current regulatory requirements do not go far enough to ensure consumers are consistently provided with “sufficient and timely” information to ensure an informed choice can be made.

Currently licensed conveyancers have to tell the client in writing of the existence of the arrangement and any sum paid in connection with the introduction. The CLC plans to add requirements that all referral arrangements with third parties are in writing and should be periodically reviewed.

Further, clients are to be given more detailed information, such as how any payment is calculated and “how they are affected in monetary and other terms by the arrangement”. They will also be told of “any restriction or limitation affecting the introduction” and of their right to shop around.