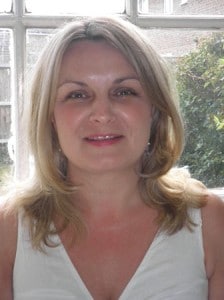 Phillips: huge impact on the firm

The residential conveyancing department of a Leicester law practice has left the firm to become an alternative business structure (ABS) that will market its conveyancing services via the Internet.

In a separate conveyancing-related development, solicitor Nicola Phillips has obtained an ABS licence to enable her to enter partnership with her non-lawyer mother – mainly to overcome the obstacles faced by sole practitioners in joining lenders’ panels.

The newest ABS, meanwhile, is a small personal injury practice bringing a key work-generator into ownership.

Leicester-based The Conveyancing Shop Limited (TCS) has been licensed by the Council for Licensed Conveyancers (CLC) and is headed by two solictors who formerly handled conveyancing at four-partner Douglas Wemyss Solicitors.

TCS director Chaz Thandi, who with her colleague Samantha Fenton worked as a residential conveyancing solicitor at Douglas Wemyss, said she was “in the very early stages of setting up and have not begun to trade as yet”.

But she added that the business planned “on creating a large online presence and marketing the services of TCS through an online campaign”. It has registered the domain name onlineconveyancingshop.co.uk for that purpose.

Ms Thandi said the new entity has no plans to seek outside investment as “the project has been self-funded so far and we are working on a very tight budget so as to keep overheads low”.

Sameer Karim, senior partner of Douglas Wemyss, stressed that TCS is a completely separate entity to the firm. He said his firm will focus on its corporate/commercial practice but expected that residential conveyancing work would be passed to TCS.

Horsham, West Sussex sole practitioner Ms Phillips obtained her ABS licence from the Solicitors Regulation Authority (SRA). She said bringing her mother – who currently helps manage the business – into partnership would enable her to take on conveyancing work which currently she cannot do.

“With certain panels such as HSBC and Santander, they won’t take a sole practitioner; they won’t consider it so I can’t act and have to turn a lot of clients away or pay a third-party solicitor.

“This will enable me to take the work and not to pay someone else. It will have quite a huge impact and also later on I may join referral schemes like Move With Us; they don’t like sole practitioners either.”

Rather than go into partnership with a solicitor who she did not know well, “it had to be somebody I trusted and the only way to take on a non-lawyer partner was to convert to an ABS”.

Ms Phillips said that while she has no plans to seek external investment, in future she may take advantage of the ABS licence to expand her business, possibly into non-law related areas.

Both solicitors said they had found applying for licences from their respective regulators straightforward. Ms Thandi reported the CLC’s process “went quite smoothly for us”. Ms Phillips said the SRA’s had been “very slow, but the person I dealt with was very helpful”.

Accident Advice Solicitors Ltd is based in Northwich, Cheshire, and has two directors and nine other staff. Director Joanne Urmston, the head of legal practice, said it sought ABS status so that a marketing specialist it employs who brings a lot of work into the firm could become a director, which was better for tax reasons.

She added that the status gave the firm greater flexibility once the ban on referral fees in personal injury is implemented next year, such as by bringing in-house people to whom the firm currently pays referral fees.