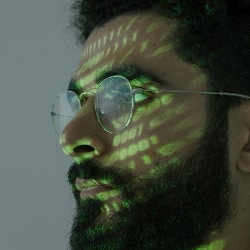 This means HMLR would not seek recourse against conveyancers who comply with the standard in the event their client was not who they claimed to be. It applies to both residential and commercial clients.

HMLR hopes the standard will act as a “catalyst” for the market to embrace digital identity verification tools.

Some respondents to its consultation over the standard said the requirements were more restrictive than the standards currently required by anti-money laundering legislation.

It also provides enhanced security by requiring the use of smartphones to extract encrypted information contained within the chips of documents such as passports.

In a blog, Land Registrar Abbie Purslow and Robin Malpas, deputy director of central legal services said: “We have set the requirements at an assurance level we consider necessary to deliver our primary role: to protect the integrity of the register. The ‘no recourse’ promise needs to be underpinned by requirements which are sufficiently robust.

“It is especially difficult to tamper with the photograph held on the encrypted chip, so insisting on this level of check gives us a higher level of assurance of the validity of the document,” the blog said.

“We acknowledge that this requirement prevents conveyancers’ clients who do not own smartphones or UK passports from verifying themselves in this way.

“However, given the nature, significance and value of most property transactions, we believe the suitable level of assurance can best be achieved in an accessible and usable solution by checks which are enabled by chip technology.

“It is also important to remember the standard is optional. Other methods for verifying identity will remain valid.”

Feedback also said the requirement to obtain evidence that established a connection between the client and the property could not be met using current digital solutions.

Ms Purslow and Mr Malpas wrote: “We acknowledge that currently this requirement introduces an element of paper-based evidence into the process.

“However, we see this as temporary, until such time as digital checks against secure, comprehensive and current data sources become more widely available. We believe this will evolve, particularly as more data becomes available for validation through other channels, such as Open Banking.”

They stressed that this requirement was more than a simple address check. “We are seeking some form of evidence in the property owner’s possession that links them to the particular property. This is a wider check than an address check as it requires sight of a document which you would only have if you are the true owner of the property.”

HMLR said it would next look to widen the scope of the standard to incorporate different legal entities and to explore the availability of more enhanced digital means of obtaining evidence to link the party to the transaction with the particular property.

“First, we brought in electronic signatures to remove any need for paper in conveyancing. Now through this same collaboration we are able to bring a new digital identity standard to reduce the risk of fraud and make transactions a more digital, easier and faster experience.”

The work is part of a wider project overseen by the Department for Digital, Culture, Media & Sport to develop an overarching ‘trust framework’ for digital identity use across the economy.

The department is also supporting the Home Buying and Selling Group’s digital identity working group initiative to create a certified digital identity scheme for homebuying and selling to sit under the trust framework.