Conveyancers not diversifying despite growing competition 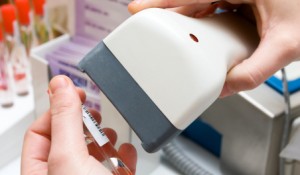 Price sensitivity: entry of supermarkets to the law will drive choices made on cost, not service

High street conveyancers are not comfortable about diversifying into other areas of practice, research has found.

A survey by property search information provider MDA Searchflow reported that 60% of conveyancers were wary of moving into fields such as litigation and probate. It said this is largely because they remain uncertain about the outcome of the general election, the future of home information packs, and significant structural changes like alternative business structures (ABSs) in 2011.

The company said: “With an increase in competition expected after the Legal Services Act changes next year, traditional high street conveyancers will be faced with a raft of new systems and commercial business models to deal with.

“Although our survey revealed that HIPs have, at least, brought a more commercial thread to the conveyancing process, this must be matched by a willingness to embrace electronic workflows such as case management and online search ordering, if firms are to prosper in the future.”

Almost three-quarters of respondents said their business had been hit by the recession, with 35% reporting that it has been “significantly” affected.  Clients are now placing professional fees under greater scrutiny, with 62% of respondents reporting that they have come under more price pressure in the past year.

At the same time, firms are also facing a sustained increase in costs (ahead of inflation), with more than a third of respondents reporting that professional indemnity premiums had increased by up to 10%.

“The recession has continued to take its toll in conveyancing, with cutbacks and increased price pressure from clients, and with solicitors’ services – traditionally viewed as a premium product – facing increased threats from lower-cost online alternatives,” says David Kempster, MDA SearchFlow’s marketing director. “Home movers are putting price ahead of just service, and new models like ‘Tesco Law’ are likely to accelerate this trend in future.”