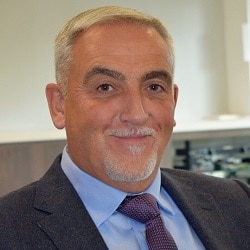 A “single source of truth” that contains all the information about a property before it goes on the market is in the works as part of plans to speed up the home buying and selling process, it has emerged.

Conveyancers have been reassured that this will not remove demand for their services, but it will focus their work on advice rather than information-gathering.

The Buying and Selling Property Information (BASPI) may also in the long run negate the need for reservation agreements, which could in turn be piloted early next year subject to the outcome of soon-to-be-completed research.

The Bold Legal Live conference earlier this month – organised by the Bold Legal Group, which counts hundreds of conveyancing firms as members – heard that the government hoped to reduce the time taken to buy a house to six to eight weeks; offer to completion currently takes an average of about 14 weeks.

Beth Rudolf, director of delivery at the Conveyancing Association and a member of the upfront information group at the Home Buyers and Sellers Group – a government-backed stakeholder body of around 120 organisations – argued that what was needed was “one source of truth”, completed at the beginning of the transaction before the property goes on the market “so that the buyer can make an informed choice”.

She asked delegates: “Does it worry you at all that at the moment information is being collected by the estate agent and maybe being shown to buyers and we don’t ask for it as conveyancers?

“We don’t know what our client has been told. We don’t know the basis on which they’ve made their offer. Maybe this is why we’re hearing this mis-selling scandal when it comes to leasehold.”

This may sound like home information packs, but Ms Rudolf said: “Do we need HIPs? No, we can do better than that.”

Rob Hailstone, the founder of the Bold Legal Group and chair of the upfront information group, added: “From the conveyancer’s point of view, three benefits spring to mind: if you complete the transaction within six to eight weeks, your cash flow improves.

“The conveyancer is engaged much earlier in the process, ie when the property is put on the market, so you can deal with problems you might spot acting for the seller before the stress is put on you because there’s no purchaser.

“And if property log books come to the fore, this could link you to your client as a client retention tool.”

The BASPI would be pre-populated as far as possible – about 34% of required information could be imported at the moment, Ms Rudolf said – and satisfy estate agents’ disclosure obligations under the Consumer Protection from Unfair Trading Regulations.

It would be sent to all parties with the memorandum of sale and reviewed by the valuer prior to valuation, so as to reduce the number of enquiries that follow it.

The BASPI would be an intelligent system that could recognise that a property with a particular postcode needed a specific search.

“We’re also talking to insurers about whether we can be an insurance wrap around it like you’d expect to receive with your searches,” Ms Rudolf revealed.

The information could be stored in a property logbook – which she described as “a hot topic” in the group – so that it was available the next time the property was marketed.

A crucial next step was a data standard: “What we’re hoping is that when we launch the Buying and Selling Property Information to pilot, there will be data model so that all the systems and technologies can talk to each other…

“Creating a form of data standard across all our technologies would be magical.”

Matt Prior, the lead official at the Ministry of Housing Communities and Local Government, said reservation agreements looked to tackle the worries many people have that their transaction was not going to make it through to the end – ministry research showed that around a quarter to a third of transactions fail at a cost of £270m per year.

There is ongoing behavioural research to consider ways of encouraging consumers to adopt reservation agreements, and the ministry is waiting for the researchers’ recommendations on whether to pilot them.

He stressed that there would only be a trial if “consumers want it and the industry supports it”.

“The government doesn’t necessarily think that reservation agreements are the complete answer,” Mr Prior said.

“What we ideally want is a process that takes six to eight weeks to buy a house. There are definitely moves in that direction but you have a process that’s going to take 20 weeks [including the time before the offer], you probably do need some mechanism for binding parties together.”

The civil servant said the culture needed to change if reservation agreements were to work, so that “people feel that it’s not OK to just walk away” – and also that consumers realised they were not powerless to speed up the process.

Following initial testing of the reservation agreement – which will be a standard, non-negotiable document – it has become a “firmer” contract that delivers some certainty as well as commitment by exchanging information.

This meant that the sellers declare certain information – for example, “to the best of my knowledge there is no problem with car parking”.

“People said the reason they were reluctant to sign a reservation agreement was that they weren’t sure this property was worth buying. But now they are getting something,” Mr Prior explained.

The buyer would similarly make declarations on whether they were buying with a mortgage and their employment circumstances, for instance.

“The golden thread is more information upfront – we’re saying that if you can provide a bit more [of that], people can make better decisions. If people know more, they’re prepared to make a commitment.”

The research report was likely to be delivered at the end of this year. There was a “very real possibility” that the pilot would take place in “a couple of regions” early next year, testing different types of agreement and different amounts of money to put down with the agreement.

Mr Prior said the “consensus” was moving towards parties have to commit about £1,000, “more like a charge on a credit card” than an upfront payment.

“People don’t want reservation agreements, but that doesn’t mean they don’t need them,” he said. The agreement will be subject to survey and parties may also be able to extract themselves from it without charge in cases of bereavement and significant changes of circumstances.

Ms Rudolf noted that the research has found support for them among more experienced consumers who have moved house before, while less experienced movers thought they should be voluntary. “This speaks volumes,” she said.

Eddie Goldsmith, founding chair of the Conveyancing Association and now an executive member, told delegates: “If there’s enough upfront information that the actual transaction can exchange more quickly, then that negates the need for a reservation agreement.

“Reservation agreements are not a panacea but they are a useful device to have in place until we’re able to accelerate the process of exchange, because it creates certainty for the client that they’re committed to this property and are going to move at some point.”

Asked about whether these developments posed a risk to conveyancers, Ms Rudolf argued that they would actually be in a “much more solid position”.

The research showed that people would immediately start instructing their conveyancer earlier: the seller to ensure the information they were giving was accurate and the buyer to explain the information.

She continued: “It also means that aggregation of data is no longer sat with you – that’s not a good use of your and your staff’s time, running around trying to get all of that information in. So you can move your resource into that advice piece…

“The conveyancer will be more at the heart of the process but doing what we do best, which is giving advice and not running around chasing bits of paper.

Mr Goldsmith agreed: “If we don’t think our world is changing, then we’re deluded. If you’re an optimist here, it gives you the opportunity to be that person that you actually qualified to be – which is giving advice. We didn’t qualify to push paper around and if you look at a standard transaction, 80% of it is admin.”

Mr Prior said: “If conveyancers ran a restaurant, you’d spend a lot more time sourcing the ingredients than you ever would cooking the meal.

“We are absolutely clear that conveyancers play a vital role in the home buying and selling process, but essentially your role is to advise your client as to whether or not they should go ahead with the purchase.

“It’s not about assembling all the information – that’s something you have to do because somebody has to do it, but as we move towards that information being drawn together almost at the push of a button, your job is then to have a proper discussion with your client.”