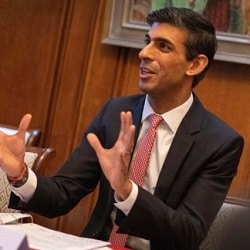 Conveyancers and other property stakeholders have called on Chancellor Rishi Sunak to allow them to move staff in and out of furlough on a weekly basis as the home-moving market recovers.

The current restriction on changing furlough arrangements every three weeks may force firms to keep staff off work, slowing down the recovery, they said.

The Bold Legal Group, Conveyancing Association and Society of Licensed Conveyancers were among members of the Home Buying and Selling Group – a stakeholder group that advises the government – to write to Mr Sunak.

There was a “universal view” across the sector that a spike in activity would occur in the immediate future as pent-up demand to complete transactions was released following the lifting of restrictions on home moving on 13 May – “indeed there are already signs of this after only a few business days”.

The group said the spike was concentrated at the start of the process – with new properties listed for sale and property viewings by those who have put their plans on hold over the last two months – and at the end of the process, where all those transactions which were close to exchange before lockdown would complete.

But, the letter said, once this has passed, “there will be a lull in activity whilst the pipeline of transactions rebuilds”.

Property practitioners needed to move furloughed staff back onto the payroll to deal with the spike, but with most of them small practices, “it is unlikely that the amount of work that this spike brings to each individual firm will be enough to make it economical for those firms to return staff to the payroll for the minimum three weeks required”.

The early evidence suggested that many firms were choosing not to take staff off furlough, as it presented “too much of a financial risk”, especially as their income levels “have been devastated over the last eight weeks and cash reserves affected accordingly” – reserves that would not be restored just from this work.

The letter said: “Firms acting rationally can conserve cash in the short term by simply allowing cases to drag out until they have a stronger incentive to un-furlough staff to work them through to completion.”

This would disrupt the market, and in a “vicious circle” have a further negative impact on cash flows.

The group said: “Allowing employers to move people into and out of furlough on a weekly basis would allow them to deal with the expected spikes in activity without risking unmanageable staffing costs once the spike has passed.

“It would help to smooth the reactivation of the property market, save jobs, promote the long-term future of viable businesses, and ultimately save the Treasury money in unemployment costs.”

The group said early figures from the estate agency, removals and conveyancing sectors were that fewer than 50% of employees have been brought out of furlough since the housing market reopened.

“Increased flexibility in the job retention scheme could, we believe, lead to an additional 10% to 15% of furloughed employees being returned to work. At such figures, the cost savings to the Treasury of one week’s less furlough payments at the lower estimate of 10% is in excess of £18.5m.”

Meanwhile, a survey of 150 law firms in Scotland found that 35% of solicitors and 41% of non-solicitors have been placed on furlough.

The Law Society of Scotland research found that 90% of the firms reported seeing a fall in new business, with reduced turnover and cash flow a challenge for a similar number.