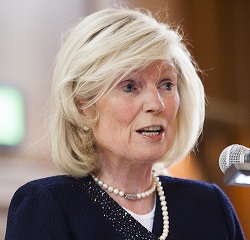 There is “no public interest” in allowing a negligent conveyancer to avoid liability when they did not know that their client was actually engaged in mortgage fraud, the Court of Appeal has ruled.

In Grondona v Stoffel & Co [2018] EWCA Civ 2031, she said: “Mortgage fraud is, of course, a canker on society and it is extremely important that dishonest applicants for mortgages should not be empowered by the law to abuse the system.

“However, I see no public interest in allowing negligent conveyancing solicitors (or, in financial terms, their insurers), who are not party to, and know nothing about, the illegality, to avoid their professional obligations simply because of the happenstance that two of the clients for whom they act are involved in making misrepresentations to the mortgagee financier.

“On the contrary, it seems to me that there is more likelihood that mortgage fraud would be avoided if solicitors appreciate that they should be alive to, and question, potential irregularities in any particular transaction.

“Moreover, the premise that it would assist the fight against mortgage fraud if mortgagors involved in making false representations to mortgagees were unable to recover if their solicitors were negligent in failing to register the mortgagee’s security seems, to say the least, questionable.”

Moreover, Gloster LJ ruled that there was “a genuine public interest” in ensuring that clients who use the services of solicitors are entitled to seek civil remedies for negligence/breach of contract against a defendant arising from “a legitimate and lawful retainer which was entered into between them, in circumstances where the client was not seeking to profit or gain from her mortgage fraud, but merely to ensure that that the chargee’s security was adequately protected by registration”.

At first instance, Her Honour Judge Walden-Smith in Central London County Court found for the claimant in her claim for damages against the solicitors for negligence and/or breach of retainer in failing to register a Land Registry transfer and a cancellation of entries for lenders form.

She rejected the illegality defence of ex turpi causa on the grounds that the test in Tinsley v Milligan was not met: it was the solicitors’ failure that had caused the loss and the claimant did not have to rely on the illegality in question in order to prove her claim.

On appeal, it was common ground that this test had been overruled by the Supreme Court’s 2016 ruling in Patel v Mirza and the Court of Appeal therefore had to apply the new approach to the facts.

Gloster LJ first overturned two of the circuit judge’s key findings of fact, even though the claimant had not appealed them.

HHJ Walden-Smith had called the mortgage application and agreement a “sham”, but Gloster LJ said that, though it was fraudulent in that it contained misrepresentations, this did not “as a matter of law result in it being a sham transaction”.

Similarly, the fact that the sale agreement was tainted with illegality – because it was entered into with the object of deceiving the lender – did not justify the judge’s conclusion that Mr Mitchell and Ms Grondona did not intend legal title to the property to pass to her.

Gloster LJ explained: “The whole purpose of the arrangement between the claimant and Mr Mitchell… was that she should be clothed with the legal title so as to be able to obtain finance from Birmingham Midshires and grant a charge in the latter’s favour to secure such finance…

“There can be no doubt that Mr Mitchell and the claimant intended that there would be an actual transfer of legal title in the property.”

The judge said it was clear that, in general, once property, or an interest in it, has passed to the illegal transferee, “he has all of the remedies available to him as the valid holder of that property or interest”.

Despite having to apply Patel, Gloster LJ said there was no reason to depart from the circuit judge’s conclusion “that the claimant was entitled to sue the defendant for its negligence in failing to protect her equitable interest and register it, so as to convert it into a legal title”.