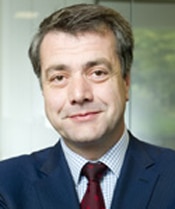 Hinton: ABSs have made little difference so far

Lenders’ panel selection decisions, rather than alternative business structures (ABSs), are the main cloud hanging over the conveyancing industry, according to new research.

A survey of 108 practitioners by SearchFlow found that more than half believed the recent controversy over panel management has caused lenders to worry more about fraud, and this will have a potential impact on business levels – 28% identified panel selection as the biggest threat to the industry over the next 12 months.

At the same time solicitors reported that despite initial fears, ABSs have not made an impact yet, with the threat of competition from ABSs (14%) ranked behind a weak property market (22%) and the increasing cost of insurance (15%) as threats.

Also cited were the commoditisation of legal services (12%) and increasing risk of liability (9%).

When questioned on how they plan to adapt to the arrival of ABSs, almost half of conveyancers (48%) said they would be making no changes to their business, with 15% expecting to increase their marketing spend. Only 12% said they would change practice areas and just 10% said they would begin to offer fixed fees.

Just 21% of conveyancing firms said they would possibly or are definitely considering becoming an ABS in the next 12 months. Most firms say they will not consider becoming an ABS, although more than a third (36%) still do not know.

The survey said the lacklustre housing market and fears over the impact of the Legal Services Act have polarised the industry, with 47% of firms reporting an increase in business in the last year but 18% reporting a fall. At the top end of the scale, 21% of the most successful firms say volumes have increased by more than 10%.

Richard Hinton, business development director at SearchFlow, said: “Despite initial concerns as to the impact of the Legal Services Act, in terms of the licensing of new forms of legal practice to deliver legal services it appears to have made little difference so far.

“Fears that it would undermine the quality of advice appear to be unfounded, and while it is still early days the more immediate issues are panel management and the weak property market.”