Conveyancers “failing to differentiate themselves from competitors”, mystery shop finds 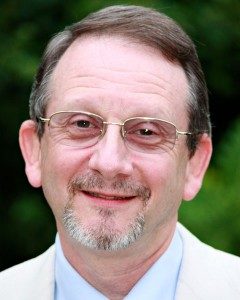 Cooper: firms must differentiate themselves from competitors

Law firms are missing a key opportunity to differentiate themselves against online providers of residential conveyancing services because they fail to deal with telephone enquiries properly, a report that includes three years of research has found.

It found that firms were routinely failing to convert enquiries into work due to elementary call handling errors, such as giving the task a low priority, using poorly-trained or disinterested staff, failing to capture useful data, putting off callers with jargon, and over-using email as a way of limiting the time spent on human interaction.

They carried out an extensive ‘mystery shopping’ exercise involving 387 calls, spoke to partners and senior managers in residential conveyancing departments in more than 100 firms, and surveyed the feedback of more than 1,000 call handlers who attended their presentations.

Results from the mystery shopping calls, made over the three years to August 2016, found a large number of firms fell down on simple things like handlers failing to use the caller’s name when it had been taken by reception (78%), only wanting to email the quote (69%) – two-thirds even refused to run through the fees verbally when specifically requested to do so – failing to attempt to build any conversational rapport (92%), and failing to explain that disbursements to third parties would be payable whichever conveyancer was used (89%).

Importantly, the vast majority of call handlers (91%) did not attempt to get across why a caller should use their firm and what benefits they might receive. Most (84%) also failed to include this sort of information along with quotes in emails, and 97%  did not ask callers for the work when they had the chance.

Attitudes of senior managers in firms to telephone enquiries revealed widespread fatalism about their ability to compete with what they called ‘online factory conveyancing quotes operations’.

Two-thirds of the managers and call handlers consulted had opinions on the subject. Typical views were “There is always someone who will quote less than us. The quality of the work provided by different firms is not the same. It is difficult to impress upon a caller who is only interested in the price that they must also look at the quality of service.”

But the varying rates of success in winning work from one call handler to another proved that it was possible to compete on more than price with the right approach, the report argued.

It continued that differentiating successfully was the only way to persuade callers to pay more: “It is simply not enough for you to believe that the quality of your legal service is enough. Your caller needs to believe this too and to be impressed with the way they have been dealt with on an initial enquiry.”

A willingness to provide telephone quotes outside of traditional ‘office hours’ – some 92% of high street firms were estimated to close at 5.30pm and remain closed during the weekend – was also a crucial element of competing with the online operators, who were better at dealing with enquiries.

“That is mainly because they perceive the calls as business and sales opportunities, handled by trained people. This is the exact opposite to many high street firms who see ‘quotes calls’ as a nuisance administrative process to be dealt with as fast as possible.”

As an example of the cost of not dealing effectively with calls, the authors described a firm that received an average of four calls per day in each of its six offices, representing 6,000 quotes/opportunities to win business each year. But since they were only converting 10%, they were potentially losing £3.78m per year.

The firm was wasting time handling contacts that never turned into work, representing 450 hours a year, plus missed opportunities to cross-sell and gain repeat business.

The report ended with several recommendations, including using designated, properly trained, highly motivated staff to answer telephone enquiries, aiming build a rapport with potential customers, and knowing in advance how they would attempt to differentiate the firm from market rivals.

Further, firms should gather detailed data on the number of calls received, the conversion rates of the handlers, and the potential financial value of the calls. “Most firms only have an ‘anecdotal gut feel’ about this information and many haven’t even considered, or appreciated how important it is to future planning,” the report said.

Professor Cooper said: “The truth is that the majority of firms condemn themselves to the inevitability of quotes conversion failure. What firms do with this report after they have read it is obviously up to them, but if a firm gives telephone quotes for residential conveyancing, then this report has to be seen.”

The findings echo recent research, which suggests law firms need to make up ground on the retail sector when it comes to following up enquiries and using modern call-handling techniques.