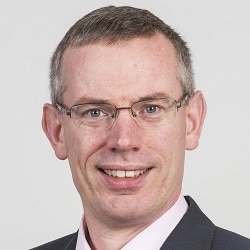 Conveyancers would come under a new statutory duty to check the identity of clients and make indemnity payments to the Land Registry if they failed to take reasonable care, under proposals from the Law Commission.

The commission also intends, in its rewrite of the Land Registration Act 2002, to scrap the restriction that allowed compulsory electronic conveyancing only where completion and registration happened simultaneously.

In its report, the commission said consultation responses from property lawyers convinced it not to introduce a general statutory duty of care which could create “uncertainty as to the steps that conveyancers are required to take”.

Instead, it backed arguments put forward by the Law Society and the Bar Council for the introduction of a specific statutory duty of care confined to identity, partly because identity fraud was the most common kind of registered title fraud.

The commission said this duty would be “sufficiently certain in scope if coupled with directions to conveyancers” on the steps needed to verify identity.

“We consider that such a statutory duty, together with clearly prescribed steps for compliance with the duty in the form of directions, will give conveyancers a degree of certainty that is absent under the current law, which we believe they will welcome.”

The move was opposed by 15 of the 20 consultees who replied to the consultation question on the issue, including the Conveyancing Association and Chartered Institute of Legal Executives.

Half the respondents, including the Conveyancing Association and the Land Registry, preferred an alternative plan for an enhanced common law duty of care based on declarations from conveyancers.

On electronic conveyancing, the Law Commission said some of the benefits of might only be realised if it became compulsory.

“Moreover, once electronic conveyancing has been adopted by the vast majority of users, it may become inefficient and expensive to operate a parallel paper system.”

The commission said the requirement in section 93 of the Land Registration Act 2002, which only permits compulsory electronic conveyancing where there is simultaneity, had become a “strait-jacket”.

“Experience has shown that the goal of simultaneity will have to be reached in stages.”

In other recommendations, the commission said preventing the Land Register from being changed once a mistake has been on it for 10 years would make it “more accurate and final” and proposed bringing mines and minerals onto the register.

“Beefing up” the powers of land registration division of the First-tier Tribunal (Property Chamber) would include an express statutory power to determine where a boundary lay, so parties “do not have to re-litigate the same issue”.

Law Commissioner Professor Nick Hopkins said: “For many, the land they own is the most valuable thing they will ever have, so it’s important that the registration system provides clarity over who owns what.

“The Land Registration Act was a huge leap forward in land ownership, but 15 years on it needs to be refreshed to adapt it to the modern world and make things as efficient as possible.

“We’re recommending some technical reforms which will iron out the kinks, help prevent fraud and make conveyancing faster, easier and cheaper for everyone.”

Alongside the report, the Law Commission produced a draft Land Registration (Amendment) Bill, which would implement the reforms.