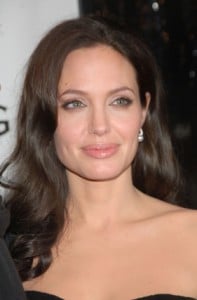 Nearly half of conveyancers would not choose a legal career if they had their time again, a survey has found.

However, the survey of 116 practitioners by Searches UK found conveyancers were generally content in their area of practice, with 76% saying they were either very satisfied (10%), satisfied (31%) or somewhat satisfied (35%).

At the same time, 14% said they wanted to work in another area of practice, and 55% were open to the idea, with probate and litigation the fields of greatest interest.

Some 45% said that if they had their time over again they would be inclined to choose another profession altogether, with finance, teaching and journalism the most popular.

But not every respondent took this question seriously; when asked what alternative professions that would choose, one said “rock star”, another “chaperone to Angelina Joli

e” and a third plumped for a vet – “at least I could put down the clients I don’t like”.

The survey laid bare the love/hate relationship solicitors have with their clients. While 75% said helping clients was the most satisfying element of their work, dealing with clients was also judged the most stressful and time-consuming part of the job.

Dealing with banks was voted equally as stressful, while reviewing title and getting searches were the least stressful activities.

When asked about their view on the future of conveyancing, the overriding response was of general uncertainty and a fear that the role of the conveyancing practitioner would be reduced to ‘a mere form filling’ role – which most respondents considered will lead to further problems in due course.

David Cameron’s ‘Happiness Survey’, conducted last year, found that those aged between 16-19 and between 65-74 rated themselves as happier and more satisfied than those who were middle aged. Some 60% of working people in the UK say that they are happy at work, and 38% unhappy.

Andrew Stenning, managing director of Searches UK, said: “While there appears to be a certain level of disillusionment within the area, it is heartening to see that the overriding concern of the profession is to maintain client satisfaction.”