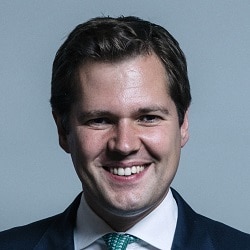 The furlough scheme should be extended for property businesses, like conveyancers, where income required to pay staff will not be available for months after work is undertaken once lockdown is lifted, the government has been told.

It was one of several measures to help restart the housing market set out in a joint letter to housing secretary Robert Jenrick from conveyancing giant Simplify, the Landmark Information Group, which provides property searches, and the Mortgage Advice Bureau, which has 1,400 mortgage advisers across the UK.

They warned that the Covid-19 crisis could cut the number of property transactions this year to a figure lower than the worst year of the financial crisis, and warned that “instead of pausing moves, people are pulling out of transactions altogether”.

Early evidence showed that 60% more property transactions failed in March as a result of people pulling out than in the weeks before.

“This will impact employment across our industry as well as the other important industries such as estate agents, home removals, home improvement and retail that rely on a buoyant housing market.”

The letter said government and industry “must work together to develop a plan for the immediate future of the UK’s home moving market”.

They said any plan to help restart the market should include “classifying the housing market as one of the first economic sectors to be able to start operating again in a segmented rollback of the current stay at home measures”.

Clear guidance should be given now by the government on what was a ‘safe move’, and it should consider allowing “alternative search information” to be used to ease the burden on local authorities.

The Bank of England and Prudential Regulation Authority should “encourage mortgage lenders to maintain their existing policies on loan-to-value ratios and protect movers from prohibitively high deposits”.

At the same time, “where feasible”, lenders should continue to honour mortgage offers, including for those people temporarily furloughed.

Stamp duty land tax should be reduced for all home buyers, for at least 18 months, to support the industry and create a “more fluid market”, encouraging buyers uncertain that now is a good time to move.

The letter called for the coronavirus jobs retention scheme to be “adjusted” for businesses where income required to pay staff would not be available for months after work is undertaken.

The scheme should be extended “by a number of months” for those businesses “to bridge the gap as income is rebuilt once the market is restarted”. Without this support, “capacity and expertise will be lost”, stalling future growth.

The authors added: “We share government’s view that it is critical this crisis is a short, sharp shock to the economy rather than an extended depression.

“However, we are concerned that without a plan the housing market and home movers will experience the same uncertainty that followed the financial crisis.”

He said some mortgage lenders were insisting on a loan-to-value ratio of at least 65%, partly because of the challenges in carrying out physical surveys.

As well as the measures set out in the joint letter signed by Simplify, Mr McKellar suggested that government-backed mortgage guarantees would be “beneficial”, along with a capital gains tax holiday for property sellers.

“A strong housing market is key for a strong economy, but affirmative action from government and the housing industry will be essential to deliver a prompt and effective market recovery,” he wrote.