Conveyancer who tested Veyo: Law Society “built something nobody wanted” 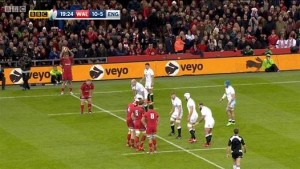 Bridge: “not surprised” by collapse of Veyo

The managing director of a law firm involved in testing Veyo has described how the Law Society realised too late that it had “built something nobody wanted”.

David Bridge, managing director of BPL Solicitors, said the society should “do something positive” and convert the system built for Veyo into a secure portal for conveyancers.

“Rather than getting carried away with things we don’t need, the Law Society should be helping us with the problems we actually face, such as rogue law firms and identity theft.

“I would like to see someone do something positive. The £6m people say the society spent on Veyo could have been spent helping us tackle fraud. They should turn what they’ve got into a secure portal and email system for conveyancers.”

He said his firm, BPL Solicitors, became part of a “technical reference group” of law firms working with Veyo in the middle of 2014. BPL, with offices in Bristol, Bournemouth and Dorchester, is one of the largest conveyancing firms.

“My concern was that, if I wasn’t involved, we might end up with something that was rubbish, but which we would have to use,” Mr Bridge said.

Mr Bridge said the firm continued to be involved in testing of Veyo during 2014, but it came to halt earlier this year when the reference group meetings ended. He said that ‘beta testing’ of Veyo went ahead instead with a group of small firms, “because they had most to benefit”.

He said BPL never tested Veyo with a real client, partly because it did not integrate with the firm’s case management system.

“The universal view is that Veyo was trying to be too much of case management system, which is not what it was intended to be. It was designed to be a facilitator for the conveyancing community.

“They made the classic mistake of developing an IT system without the people designed to use it. Conveyancing does not always work in a logical way.”

Mr Bridge said there were flaws in the version he tested of Veyo’s ‘deal room’, designed to be a place where documents could be worked on collaboratively. He said there was also a “philosophical debate” about any proposed system of ‘chain view’, because of concerns over client confidentiality.

He added that he was “not surprised” when Veyo collapsed earlier this month.

“They had built something nobody wanted. It did not have to be that way, but by the time they realised, it was too late.”

Rob Hailstone, founder of the Bold Legal Group, called last week for the Law Society to be “held to account” over the demise of Veyo.

In an open letter to the society’s president, Jonathan Smithers, and chief executive, Catherine Dixon, he attacked Chancery Lane’s “weak excuses” and accused it of “hiding the truth about its mismanagement”.

In his response, Mr Smithers said: “We will learn lessons from this project and will ensure that changes are made and that the same mistakes are not repeated.”