Conveyancer banned for covering up mistakes with her own money 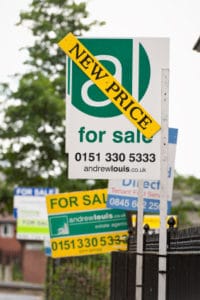 Conveyancing: Fee-earner made mistakes with charges

A conveyancing fee-earner who covered up her mistakes by paying two lenders what they were owed out of her own pocket has been banned from working in the profession.

Elizabeth Beach was an unadmitted fee-earner and company secretary at Cardiff firm Malekin Law for eight years until 2016.

In an agreement with Ms Beach, the Solicitors Regulation Authority (SRA) outlined two cases where she used her own money.

First, in 2008, ‘Mr I’ instructed her on a remortgage, but on completion – instead of redeeming the original charge – she mistakenly paid all the money to Mr I.

Three years later, a solicitor instructed by the new mortgage company asked her why it only held a second charge over the property and requested the firm’s indemnity insurance details.

The agreement said: “Ms Beach did not want the firm’s indemnity insurance premium to increase so used her own money to redeem the original charge.

“Ms Beach contacted Mr I who agreed to make monthly payments to reimburse her for the money she had paid out. Mr I only made one payment.

“Ms Beach then provided personal contact details and other information about Mr I to a third party so they could contact him to recover the money.”

In the second case, in 2015, Ms Beach acted for ‘Ms S’ in the sale of her property for £120,000. The property was subject to a charge in favour of a housing association, but it did not respond to her request for details of the charge.

When the sale completed, Ms Beach paid all the proceeds to Ms S, after redeeming a bank mortgage.

The next month, Ms Beach contacted the housing association again, which this time asked for the intended sale price and completion date. Ms Beach replied that the sale would complete as soon as possible and the price would be £100,000.

The housing association then confirmed how much it would be owed on completion. Ms Beach used her own money to pay it.

The SRA said that it was appropriate to make Ms Beach subject to a section 43 order – which means she cannot work in the profession without its approval – because “she has occasioned or been party to an act or default in relation to a legal practice such that it is undesirable for her to be involved in a legal practice”.

Her conduct, it continued, showed that she could not be relied upon “to provide proper or accurate information to her clients and third parties about matters in which she is instructed”, that she tried to hide her mistakes, and that she was “willing to share confidential information about her clients for her own ends”.

In mitigation, Ms Beach said she believed she made the payments “with the best of intentions, but failed to realise the consequences of her actions”.