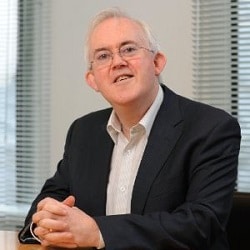 O’Connell: nothing to sell

London and Manchester firm Neumans – which was shut down by the Solicitors Regulation Authority following a referral by the Court of Appeal – has gone into administration.

It comes just a few weeks after the firm lost its bid to overturn the intervention.

Finbarr O’Connell and Henry Shinners of Smith & Willamson were appointed administrators on Tuesday – usually firms are closed by the regulator after administration, rather than before.

The intervention followed a referral by the Court of Appeal in January to both the SRA and the Director of Public Prosecutions after it ordered the firm and a client to repay interim costs of £500,000, on a joint and several basis, to the Lord Chancellor.

It was shut down in July and its challenge to the SRA’s decision failed, with Mr Justice Newey saying that the risks of withdrawing the intervention outweighed those of continuing it, despite the devastating impact it would have on the firm.

Speaking to Legal Futures, Mr O’Connell, the lead administrator, said the firm still proclaimed its innocence and may yet appeal the High Court decision.

Neumans had 45 staff, including around 20 solicitors, and specialised in criminal law and commercial and civil dispute resolution, as well as corporate/commercial work.

Mr O’Connell said: “The main focus, following our appointment as administrators, will be to preserve the assets of the firm for its creditors. The firm’s assets consist of the firm’s work in progress and debtor book i.e. the amounts due to the firm in respect of services it has provided to its clients.”

He said all of the firm’s previous partners and staff – except co-founder Sirwa Sabir – had already left the firm – a handful through redundancy but most by choice – and taken its clients with them. The firm would not be sold “because there’s nothing to sell”.

Mr O’Connell explained that the firm already had cash flow issues at the time of the intervention. He said creditors were owed in the hundreds of thousands.

Neumans had hoped that the resignation of Nabeel Sheikh – the partner who had been involved in the Court of Appeal case – would separate the two issues and avoid the intervention, but Newey J rejected this, in part because he was Ms Sabir’s husband.

Ms Sabir said: “I am assisting the administrators with their work and hope that asset realisations will be sufficient to allow all creditors of the firm to be settled. I am receiving excellent cooperation from the solicitors who are currently advising the ex-Neumans clients.”