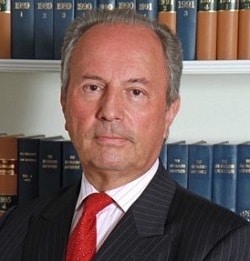 Two barristers have had contrasting fortunes in appeals against high-profile sanctions imposed by the Bar Disciplinary Tribunal.

While the High Court found that the tribunal had gone too far in suspending Roy Headlam for giving a client money, it upheld the reprimand handed out to Howard Godfrey QC for making “offensive” comments about a child abuse victim while her mother sat in court.

Mr Headlam, a criminal barrister, gave a lay client charged with robbery more than £2,000. The client was a drug addict and told him she needed money for essentials.

The tribunal found he had been manipulated by his client and acted out of charity, but had exposed himself to the risk of being compromised and involved in his client’s personal affairs and no longer at arm’s length.

According to a report of the ruling on Lawtel, the High Court found this an unusual case. It said Mr Headlam’s conduct was not dishonest, but a genuine, if ill-judged, charitable action at a time when he was vulnerable – he had various personal problems at the time – and had been manipulated.

The court ruled that the tribunal had failed to consider proportionality and this was one of the rare cases in which it failed in the exercise of its discretion and fell into error. The suspension was quashed and replaced with a £5,000 fine.

Mr Godfrey was representing a man in the Court of Appeal in August 2015, when he said the 16-year-old he had been convicted of attacking “was not a young and innocent girl”.

The disciplinary tribunal cleared him of failing to act with integrity but found him guilty on one count of behaving in a way which was likely to diminish the trust and confidence which the public places in the profession for remarks that “implied that the victim bore responsibility for the assault, and/or were offensive and unnecessary”.

According to a report in the Daily Mail, Lady Justice Sharp, sitting with Mr Justice Spencer, said: “This was not a case of clumsy use of language, or a submission made and immediately regretted.

“Nothing that took place during the hearing excused the appellant’s remarks, nor did his apparent failure to appreciate the limits of what he was permitted to do.”

The judge added: “The tribunal concluded that an attack on a victim in these circumstances was likely to diminish the trust and confidence which the public places in the profession.

“Like the tribunal, we are conscious of the appellant’s lengthy and otherwise unblemished legal career.

“However, regrettably, we are satisfied that the tribunal was entitled, indeed right, to reach the conclusions that it did.”