Continued whiplash portal problems “a real cause for concern” 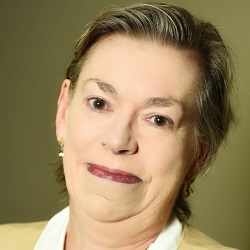 Operational and structural difficulties facing the Official Injury Claim (OIC) portal are a “cause for real concern” and having a serious impact on access to justice, it has been claimed.

Sue Brown, chair of the Motor Accident Solicitors Society (MASS), said: “We were promised a seamless and efficient system, but have so far only seen an incomplete and largely untested system.

“The delays being caused to injured accident victims receiving fair compensation is having a serious impact on access to justice.”

Given the “reputational and contractual issues at stake”, Ms Brown said many law firms were reluctant to admit publicly that they were experiencing significant problems, resorting instead to manually submitting and managing claims.

“This is expensive, time consuming and hugely inefficient for a system which was billed as frictionless and straightforward.”

The OIC has been going since 31 May 2021 and the data from the first two quarters of its operation have already indicated clear trends – most notably that fewer than 10% of users are litigants in person.

Reflecting on the first eight months for the MASS magazine, Ms Brown said that while early glitches were understandable, “the continuing problems faced by professional users – who are handling over 90% of the claims going through OIC – are unacceptable”.

She continued: “The process is continuing to be ‘live tested’ months after launch with further problems regularly being identified as claims progress through the portal to new and previously untested stages.

“The frequency of updates and bug-fixes is slowly improving with more scheduled updates, but new issues continue to be discovered.”

Lawyers and insurers were both still experiencing major problems with the A2A interfacing, Ms Brown said.

“In-house IT developers are having to devote considerable resources to make their systems work.

“Claimant lawyers and insurers alike have worked hard over the past decade, with significant investment, to develop systems that work smoothly with claims that are processed through the claims portal, and they simply want to be able to do the same in the OIC.”

Given how costs have been slashed in the portal, it was “vital” that the system operated efficiently.

The low number of litigants in person – and indeed the “significant” fall in the number of claims being brought – was another measure by which the OIC must be judged.

“Taken together, both these operational and structural issues are cause for real concern,” Ms Brown said.

We reported in January that the Motor Insurers’ Bureau, which runs the OIC on behalf of the Ministry of Justice, is investigating why so few claimants are choosing to represent themselves.

Ms Brown said MASS has called on the MoJ to set up an OIC IT user group, an idea that has garnered favour with insurers.

“Resolving these issues as a matter of urgency will require significant commitment and resources, but it needs to be done,” she concluded.

“We were promised a gold-standard process, but at the moment we are no-where near the medal rostrum. For the sake of everyone – motor accident victims and professional users alike – this has to change soon.”