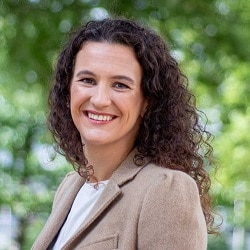 A solicitor specialising in contentious probate has launched a private client mediation and conflict coaching business.

Julia Burns, the first solicitor to become a specialist private client mediator with CEDR, said Dove in the Room aimed to meet emotional as well as legal needs.

“A lot of the clients I’ve worked for have been in a very, very difficult place emotionally and often needed more than just legal advice,” she said.

“Mental health issues can go undiagnosed and untreated, and can play out in a horrendous family dispute at great cost.”

Along with mediation and pre-mediation coaching, Dove in the Room offers conflict coaching for families and family business owners.

Ms Burns said she had been a contentious probate lawyer for 12 years, first at Clarion Solicitors and then as an associate at Irwin Mitchell in Leeds, but had always wanted to be a mediator.

“My work involves dealing with difficult and acrimonious family disputes where emotions are at a high level. It’s a distress purchase for clients. People have to instruct a lawyer to get access to their money and get on with their lives.”

“The feedback people give is not that positive. Some of their skills are not that transferable. Sometimes they’re a bit too aggressive and not that sensitive to the emotions involved.”

Ms Burns said she took a three-day private client specialist mediation course with the Centre for Effective Dispute Resolution (CEDR) in May, following it with a further two days to become accredited as a general mediator.

She said there were five other people on the private client course – four wealth managers and a business coach.

“The focus was on dispute avoidance rather than just dispute resolution. In my world, as a lawyer, we try and pick up all the pieces and patch things up as best we can.

“The course puts the focus on trying to get family members to talk to each other and heal their wounds. That’s the kind of thing I’ve set the business up for.”

Ms Burns is working with CEDR on a new private client mediation course for lawyers, which could be launched in the New Year.

She combines working as a mediator at Dove in the Room with working as a consultant solicitor for dispersed firm Merali Beedle.

“It would have been difficult to become a mediator while working in a traditional law firm with traditional billing targets. The only way to focus on the mediation was to do legal fee-earning as a consultant.”

Ms Burns said that contentious probate cases had grown steadily since she started working in the field 12 years ago.

“People didn’t know you could do it. It was almost a taboo subject. Since then there has been loads of stuff in the news and awareness levels are much higher.

“Families are being a bit more proactive in coming to lawyers earlier and trying to resolve issues while their relative is still alive. The cost of dealing with it when someone is dead is huge, financially and emotionally.

“Having to witness what people go through in a will dispute is so painful. I got to the point where I just thought ‘there has to be another way’.”