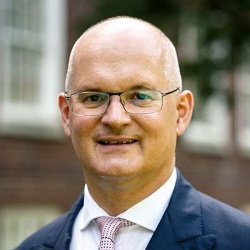 Marshall: No pleasure, only slight relief

The barrister who withdrew from the Post Office appeal hearing after disclosing a document to the Metropolitan Police has described the threat of contempt proceedings he faced as “seriously questionable as a matter of law”.

At a hearing earlier this week, the Court of Appeal ruled that no action would be taken regarding any possible contempt of court by Paul Marshall, based at Cornerstone Barristers, or his junior Flora Page.

Ms Page, based at 23ES Chambers, gave a copy of the same document, advice from the barrister Simon Clarke to the Post Office referred to as ‘the Clarke advice’, to a journalist the day before a court hearing in November last year.

The contempt hearing followed the ruling by a differently constituted Court of Appeal last week that 39 former sub-postmasters were wrongly convicted of stealing money from the Post Office on the basis of data from the flawed Horizon computer system.

Mr Marshall said he felt “no pleasure, only slight relief” at the ruling by Lord Justice Fulford, Mrs Justice Cutts and Mr Justice Saini that “no further action would be taken in connection with any possible contempt of court” against the two barristers.

Mr Marshall said the Clarke advice, provided to the Met Police and the journalist on 17 November 2020, was attached to written submissions previously filed with the court for a hearing the following day.

“I was not afforded opportunity to explain its significance,” Mr Marshall said. “At the time, neither she nor I considered that it was wrong to do so, less, even arguably, a contempt of court.

“That there have been no less than four hearings in the Court of Appeal in which these matters have been ventilated (not argued) remains a little extraordinary.

“Withdrawing from the case in the face of the threat of contempt proceedings made against me following the hearing on 3 December 2020 was distressing.”

Mr Marshall said that by this time he had completed “in excess of 1,000 hours work” on the Post Office case, on behalf of his clients Tracy Felstead, Janet Skinner and Seema Misra, and more generally on the problems with electronic evidence.

He said “the threat of contempt proceedings from the outset was seriously questionable as a matter of law”.

Mr Marshall went on: “From 3 December 2020, it was suggested that the contempt issues were initiated by the Court of Appeal itself of its own motion under part 48 of the Criminal Procedure Rules.

“To my knowledge, there is no reported decision in which the court has initiated civil contempt proceedings of its own motion in respect of an implied undertaking given to a third party in connection with disclosure.

“Had the legal basis for any of this received more careful consideration in November 2020, events would likely have followed a different course, and my clients would not have lost representation of their choice.”

Mr Marshall said he had no doubt that his efforts and those of Ms Page “alone elicited disclosure of the Clarke advice in November 2020” and, if it had not been disclosed in 2020, the outcome of the appeals “might easily have been different”.

The barrister said that in November last year his three clients were the only ones of 42 appellants to pursue ‘category 2’ abuse of process as a ground of appeal – that there had been prosecutorial conduct intended either to undermine the integrity of the criminal justice system, or having that effect, or tending to undermine public confidence in it.

Category 1 abuse was that the reliability of Horizon data was essential to the prosecution and it was not possible for the trial process to be fair.

Mr Marshall said the Court of Appeal’s finding that there been category 2 abuse meant that the sub-postmasters were wholly exonerated last week and should never have been prosecuted.

“That to me is a great consolation and source of satisfaction in what otherwise has been a profoundly disagreeable experience over the past five months.”

Mr Marshall added that he and Ms Page had agreed that any money they received from the legal aid system for their work on the Post Office appeal would be given to charity.

Ms Page said in a statement that she welcomed the appeal court’s decision. “Had I been given the opportunity, I would have given the same explanation and apology to the Post Office legal team as I gave to the court: I provided the Clarke advice to my brother, a responsible member of the press, with Paul’s agreement, because we expected it to be dealt with in court the following day, having appended it in full to our skeleton argument for that hearing.

“There was no question of Lewis or the Telegraph publishing anything from the document unless and until it was in the public domain. The court ultimately found that I had been acting honourably.

“This was a diversion from the main issue. The fight for justice for up to 900 sub-postmasters wrongly convicted of theft, fraud and false accounting continues.

“It is vital that the Post Office is held to account for the devastation it has brought on so many people’s lives and livelihoods and does not do anything else to hinder any future investigations into what went so horribly wrong.”