Consumers use “limited criteria” when shopping around for lawyers 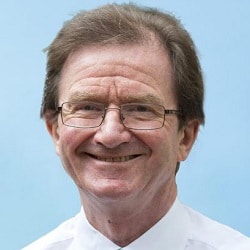 The report also highlighted how the small group of consumers who said they had to make a decision quickly – often first-time users – only applied one basic criterion, such as whether the firm was near where they worked.

The research from IRN Research, commissioned by CILEx Regulation, was based on telephone interviews with 146 consumers who had used a lawyer in the last 18 months for family, probate and residential conveyancing. There were also three focus groups.

It found that 46% of them shopped around – higher than the 30% recorded in more extensive quantitative research conducted by the Legal Services Consumer Panel – while 27% went to the first adviser they looked at, while the remaining consumers went on previous use or recommendation.

But the research suggested that even those who shopped around were basing their final choices on “relatively limited criteria”, such as whether the law firm was local, price, the “general look and feel of website” and the availability of a free consultation.

The report said: “There is little evidence that potential clients concern themselves too much with the technical details of services offered, and some (9%) even suggest that the jargon used on websites in explaining the services puts them off.”

The price of legal services was “important but not the most important factor” in how consumers made their choices.

The availability of local offices was cited as the sole criterion by 17% of consumers, more than the 15% who based their choice solely on price. The lawyer’s experience was the only factor for 14% of consumers.

The largest group of consumers (28%) based their choice on a combination of factors, usually a mixture of location, price and experience.

Researchers said it was “of some concern” that a small group of consumers (16%), usually first-time users of legal services, were “making quick decisions from a limited knowledge base”.

The result was a choice made on a single criterion, such as the law firm was round the corner from where they worked, was the first one they saw on the web, responded immediately to an email request or the receptionist’s tone was “friendly on the phone”.

The website pages browsed most often by consumers contained photographs and biographies of lawyers, details of the offices and any free initial consultations.

“The detailed service information seemed to put off some individuals because they did not always understand the terminology. Indeed, individuals rarely used these sites to find detailed information on specific legal services.”

The report found that client reviews on firms’ websites were treated “with caution” as most consumers accepted that they were chosen by the firm.

There were big differences in the way consumers approached lawyers for the different services.

Almost all conveyancing consumers (92%) decided from the outset that they needed to instruct a lawyer.

Most (62%) were guided in their choice of lawyer early in the process by their estate agent, mortgage lender, developer or other adviser.

Fewer than half (46%) of those needing family law advice instructed a lawyer from the start, and used a mix of options to find one, led by Google searches and recommendations.

Almost half (44%) of probate clients started the process themselves before turning to a lawyer for help, with more than half going back to one they had used before. Google was the next main way they found a lawyer.

A large majority of consumers (87%) were satisfied with the advice they received, with 80% saying there were no surprises around cost. The most popular complaint, cited by 45% of consumers, was a lack of progress updates.

The report concluded that more should be done to educate the public on when a lawyer was needed, particularly in family law, where the “rush to get the matter dealt with and move on means that individuals are giving little informed thought to their choice of adviser”.

A number of consumers asked for “a clear checklist at the start of all steps in the process”, including what the client would be expected to do and who in the law firm would be undertaking the work.

Although 22% of consumers recommended their lawyer to other people directly, only 5% did this this on social media or review sites.

IRN commented: “Given the current discussions around the possible future use of comparison and consumer review sites in the legal sector, the research suggests that a great deal of work would need to be done to convince consumers that these sites are appropriate and relevant to the legal services sector.”

Sam Younger, the chair of CILEx Regulation, said the research would help the regulator for chartered legal executives to address its strategic priorities “and prepare us for further work on understanding the information that best aids consumers in making a choice”.

He explained that it used qualitative research methods because “we wanted to understand the consumer perspective behind the quantitative surveys that have previously been carried out and try to find in more detail what drives a consumer’s decision-making process”.