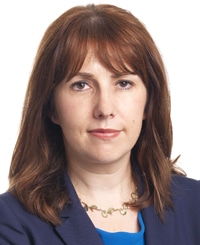 Davies: there are risks that consumers can’t reasonably foresee

Consumers believe regulators ensure they have protections when buying legal services – although they don't really know what they are – and are content to pay extra for them, a survey of users’ perceptions has found. But they also expect lawyers to provide better information about their rights.

Asked if they would take on responsibility for insuring themselves against risk in return for lower costs, consumers firmly rejected the option on grounds including that they are not on an equal footing with solicitors and would make ill-informed choices.

The survey by Vanilla Research for the Legal Services Consumer Panel (LSCP) is part of a wider project looking into financial protection arrangements for legal services and whether consumers should take on greater responsibility for risk – an idea for which the government has expressed its support.

The research, which involved 12 discussion groups of between six and eight recent buyers of legal services, suggested consumers were not ready to manage such risk themselves.

Publication of the survey results followed two recent LSCP discussion papers – at the beginning [2] and end [3] of last month – which examined how regulators could empower consumers. The body of research is being carried out at the request of the Legal Services Board.

The Vanilla survey found consumers were “often indignant” they had not been told about the protections that were in place for them, such as the Legal Ombudsman (LeO) scheme. “Arguably giving greater prominence to the schemes… would make customers feel more confident about their dealings in the legal market,” the researchers advised.

This finding echoes recent complaints by both the panel and LeO that lawyers are neglecting to signpost [4] complaints options available to consumers.

The LSCP said the research confirmed that consumers want to retain the safeguards that stem from professional indemnity insurance (PII) and compensation funds. They were positive when alerted to what protections exist and content to bear the associated costs of 1-2% of legal fees. However, the consumers surveyed also cited reservations, including whether LeO had the necessary “teeth” and whether PII claims would be paid out.

The survey found that some consumers want regulators to go further, including making it cheaper to sue solicitors. It highlighted one suggestion – for a “’small claims court’ for actions against solicitors”. However, if stronger regulation meant higher costs being passed on, then consumers were reluctant, the survey said.

If regulation was weakened and consumers were forced to obtain insurance to cover risk themselves when buying legal services, the results would “likely be far from optimal”, the survey concluded. Decisions would be uninformed, few consumers would shop around, and many would default to what their solicitor recommended. This was especially true of less-educated consumers, the survey warned.

Responding to the survey, the panel’s chair, Elisabeth Davies, said: “At the heart of this research is understanding how consumers perceive and assess risk and what trade-offs – if any – they’re prepared to make. Protection against risks of fraud, negligence and insolvency shouldn’t be an optional extra, but guaranteed for all consumers. These are risks that consumers can’t reasonably foresee or control so they should be taken care of by the regulators.

“There’s a danger that removing compulsory safeguards would hit vulnerable consumers the hardest. As household budgets continue to be squeezed, there’s a real danger that some consumers might be tempted to save on costs by forgoing insurance cover today, but end up paying a heavy price tomorrow.”