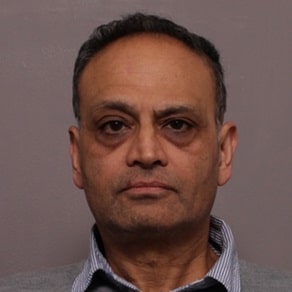 Consumers are more worried about the fee conveyancers charge to transfer their money than the risk of it being stolen, research has found at the same time that a solicitor and his practice manager have been jailed for fraud.

A YouGov survey of 1,210 home owners – 10% of whom had moved in the past two years – reported that, when asked about their concerns when moving money to purchase their home, the transfer fees charged by conveyancers (on average £20) topped their list of worries at 21%.

All the figures were higher for the recent movers, according to the HomeOwners Alliance and DigitalMove, which commissioned the survey.

Overall, 41% said they had no concerns when moving money to purchase their home, a figure that fell to 35% for the recent movers.

The survey also revealed that consumers were far more worried about card fraud than bank transfer fraud, even though the former generally involves far lower sums and is usually recoverable.

Steve Goodall, chief executive of ULS Technology, which created DigitalMove, said: “Few homebuyers and sellers realise that they are at risk of fraud. More work needs to be done to raise consumer awareness of these risks and provide them with better protection.”

Earlier this week, solicitor Hashok Parmar and practice manager Syed Gous Ali, who operated at Sterling Law Solicitors in Loughborough, were each jailed for six years for what Leicestershire police called an “elaborate fraud” to dupe a potential house buyer.

In 2015, the police received a report from a law firm on behalf of a client who believed he had purchased a house in London. The buyer never came met the seller and his sellers were provided with fraudulent identification documents for the owners. It later transpired that the sale was fraudulent.

The investigation revealed Ali provided bogus paperwork to confirm the identity of the sellers to the buyer’s solicitors.

Following the transfer of £240,000, the money was moved overseas and withdrawn in cash, and then paid into various bank accounts including ones belonging to Ali and a solicitor’s account associated with Parmar.

They failed in two other attempts to sell two properties in London in similar circumstances, but on one occasion the seller’s solicitor became suspicious and on the other they provided inadequate identification documents.

Ali, 46, pleaded guilty to four offences last year, while Parmar, 63, was found guilty of three of the four charges following a trial at Leicester Crown Court earlier this year.

“Ali attempted to cover his tracks by ensuring the conveyancing solicitor never had any cause to contact the seller’s directly. He provided bogus documentation and claimed he knew the sellers of the property and would verify their identity. Parmar also introduced a ‘seller’ of a £3m property to a solicitor’s in Leicester.

“We are pleased this investigation has subsequently led to both men being convicted for their crimes.”