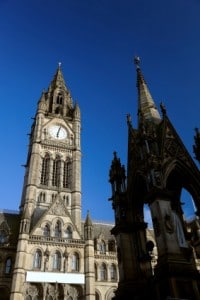 Not knowing what to expect when using a lawyer is the key problem faced by many consumers, research by the Solicitors Regulation Authority (SRA) has found.

The SRA, together with other legal regulators, is set to tackle this in part through a new consumer-facing website, called Legal Choices, which will launch this autumn aiming to “de-mystify the legal services world”.

A report to this week’s SRA board meeting outlined the results of 10 consumer events the regulator held around England and Wales over the last year, and said being unfamiliar with using a lawyer was “the pinch-point for many people”.

“Some of the more confident locals acknowledged their lack of awareness but felt they could do something about it themselves,” the report said. “Others we met who had used legal services previously felt that they had been impacted by not knowing what to expect from either their lawyer or the service itself.

“For some this resulted mainly in a gut feeling that they were on a slightly unequal footing with their lawyer from the start. At the other end of the scale though some people we spoke to felt at a total loss about their choices and had a very low awareness of what their lawyer had actually done for them.”

The report indicated that when looking for a lawyer, city-dwellers were confident about the options and choices, given the visibility of many law firms within city centres.

“For example the majority of people we spoke to in Manchester could reel off law firm names without hesitation, regardless of whether or not they had used a solicitor before. The two most popular choices were large local firms with strong Manchester ties – although a total of 28 firms were mentioned, suggesting a wide range of legal providers in people’s consciousness.”

Away from cities, the SRA said there were stronger community ties. “Where choice and availability of local firms decreased, one or two firms tended to sit in the hearts and minds of residents. This was particularly evident in Llandudno, where over two-thirds of the people we spoke to named the same local North Wales firm.

“The importance of tradition and word-of-mouth came across in the smaller regions we visited, coupled with an impression of people placing high value on local networks such as family, friends and local recommendations.”

At the same time, in smaller communities issues of cost “really came to the fore”, and could trump the reputation of a local firm.

The Legal Choices website forms part of a two-year plan of action approved by the board to help ensure consumers have the information they need when they use legal services. The website will provide “a one-stop shop of factual advice and opportunities for consumers to have a say about legal services”.

While there are interactive elements to the site, the SRA’s director of inclusion, Mehrunnisa Lalani, confirmed to the board that it would not become a comparison service akin to TripAdvisor.

The SRA will also work with partner organisations on consumer engagement and education activities, including Citizens Advice and charities for people with disabilities, and conduct further research “to ensure consumers’ needs are at the centre of our future policy work”.

Ms Lalani said: “All too often we hear about confusion that people face when they need to access a legal service, and the perception that many big decisions are effectively left to chance if consumers don’t have the tools they need to make the right choices.

“Over the past 18 months we have listened to what people have told us they need. Often this amounts simply to getting the right information, in the right format, at the right time.”

The report said Legal Choices will “for the first time provide a ‘market-wide’ picture of legal services covering all the different types of lawyer and law firm, as well as a whole range of support and advice suggestions.

“The website will be loaded with surveys, polls and quizzes aiming to help members of the public play a much bigger role in the legal services world, and feeding their views directly to the legal regulators.”