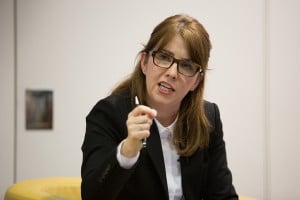 Davies: unbundling can be used to broaden access to justice

Consumers using ‘unbundled’ legal services generally report a positive experience and it has the potential to widen access to justice, groundbreaking exploratory research has found.

However, it made clear that other solutions were also needed to address the legal needs of “more vulnerable consumers, including those who lack the confidence or knowledge to unbundle”.

The qualitative study of 35 consumers who had used unbundled services, 15 legal services providers who had offered them, and six judges, was carried out by Ipsos MORI on behalf of the Legal Services Board (LSB) and Legal Services Consumer Panel.

Research carried out last year by the panel suggested that one in five of all legal transactions involved some element of unbundling.

Ipsos MORI found that consumers considered the involvement of a lawyer to be critical, but were attracted to unbundling by reduced cost – which in some cases meant they could access legal services which otherwise they would have been unable to – given the general consensus that the cost of going to a solicitor was high.

For those consumers who could afford a lawyer, unbundling helped them get value for money by handling themselves those pieces of work they saw no benefit to having a lawyer do, the report said.

Further, it gave them an opportunity to exercise greater control and speed up their matter. “Some consumers felt that solicitors had large workloads and would often struggle to prioritise their cases, so by taking personal ownership and having a direct involvement, they were able to speed up the process.”

The opportunity to unbundle usually arose after contacting a firm, as few advertised it.

The research found that consumers generally thought the agreement with their solicitor – usually an informal arrangement over who was to do what and for what cost – worked well and did not see the need for further regulation of the relationship. Consumers who did it were confident in their own abilities to manage their part of the work.

Ipsos MORI did caution, however, that most of those interviewed were satisfied with the outcome of their case, which was likely to be reflected in their views on the process.

Providers told the researchers that they had begun offering unbundled services in response to legal aid cuts – particularly in family law – the rise of the small claims limit and because of “a more competitive market”.

The benefits included continuing to serve certain client groups, attracting new clients, in relation to small claims the possibility of a case becoming a bigger one on which they were instructed, and good cash flow, as payment was usually made up front.

Most were charging on hourly rates rather than fixed fees, “and where they do it appears to be considered potentially as profitable as any other work done at hourly rates”.

Difficulties highlighted by providers included the risk that consumers did not understand the limit of what they had agreed to do for them, and the risk of giving advice based on poor initial information. Unlike consumers, the lack of control was a concern to providers.

Overall providers thought that unbundling is “here to stay” but recognised they would have to make substantial changes to fully embrace it, such as changing terms and conditions, client-care letters, internal systems and providing further supervision. “They also acknowledged that costs would have to be kept to a minimum to ensure it is financially viable.”

The judges felt that if full representation could not be obtained, then, as a starting point, some legal advice and assistance ought to be beneficial. They echoed some of the potential difficulties with unbundling identified by providers and felt it important that advice and assistance was given by regulated advisers.

Consumer panel chair Elisabeth Davies said: “This research supports the view that unbundling can be used to broaden access to justice, and it’s reassuring to see this method of service provision working hand in hand with DIY law.

“It’s a natural response to the cuts in legal aid funding and wider financial struggles, and is indicative of the profession adapting to meet the needs of today’s consumers and helping to empower them.

“But what this report also says is that there is a group of consumers who can’t use these services, and whose needs may not be being met.

“While legal service providers should not shy away from providing unbundled services where it is appropriate, it is crucial that the more vulnerable consumers, including those who lack the confidence or knowledge to unbundle, are taken into account in other ways. Unbundling is an important part of a wider solution.”

LSB chairman Sir Michael Pitt added: “Whilst those lawyers interviewed agreed that unbundling is here to stay and is potentially as profitable as other work, the research suggests these services are rarely actively marketed to clients.

“In the right circumstances unbundling benefits consumers and providers alike… [The research] should give providers confidence that, with appropriate safeguards, they can unbundle their services whilst meeting their professional obligations.”

As the research did not uncover any major regulatory issues, the LSB said it is “not immediately planning any further work” on unbundling, but the panel will continue its investigations.