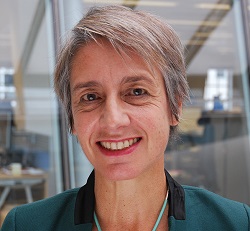 Consumers are happier with the service they receive from lawyers than any other time this decade, according to new research.

The annual tracker survey by the Legal Services Consumer Panel, however, found no increase in the relatively small number of consumers who shop around for a lawyer.

The tracker is in its eighth year and surveyed a nationally representative sample of 1,828 adults, plus a sample of 3,535 people who have used legal services in the last three years.

At 84%, the level of satisfaction with the service received was the highest recorded to date, as it was for almost every element of service delivery, particularly professionalism, clarity of terms and quality of advice.

By far the worst element was the 64% who said the service and advice they received was good value for money, although this was up three percentage points on last year’s survey.

This is particularly relevant given that the survey found that 73% of respondents paid for their legal services privately – up from 56% back in 2012 – and only 2% accessed legal aid, down from 5% a year ago.

Overall 88% of consumers were satisfied with the outcome of their matter, with satisfaction particularly strong in non-contentious areas like will-writing, powers of attorney and probate, and low in contentious areas including employment disputes, and housing, landlord and tenant problems.

The survey noted that 30% of services are delivered online, while the proportion of consumers using unbundled services fell to its lowest level yet – 13%.

When it came to how consumers were choosing legal services providers, the number shopping around before doing so stayed steady at 27%, and only five percentage points higher than in 2012.

This highlights the changes all the regulators are introducing to require lawyers to be more transparent in what they offer and what they charge.

Those seeking conveyancing (40%) and family (30%) services were more likely to shop around; only 16% of those seeking probate, power of attorney or personal injury services did so.

The majority of consumers who do shop around compare three providers or fewer – unsurprisingly, perhaps, younger consumers are much more likely to shop around than older ones.

The shoppers say they have a wide range of choice, meanwhile, and 54% said they found it easy to make comparisons between different providers.

Only 6% of consumers found the price on the provider’s website, with another 2% finding it on a price comparison website or advertisement. “These low levels of initial price transparency, which are unchanged from last year, suggest that consumers remain hindered in making informed choices before talking to a provider,” the research said.

The use of fixed-fee arrangements has increased to its highest level at 52%; will-writing, conveyancing and power of attorney were the areas where they were most common.

Public trust in lawyers remained stable at 45%, with those who had used one in the past two years less likely to trust them than those who had not.

Sarah Chambers, chair of the Legal Services Consumer Panel, said: “It remains a concern that seven out of 10 consumers do not shop around in the legal services market. This needs to change if the vision of empowered consumers stimulating competition is to be achieved.

“We commend those approved regulators who have made progress towards implementing the Competition and Markets Authority’s remedies for improving pricing structures and cost transparency across the market. But more needs to be done on quality indicators.”