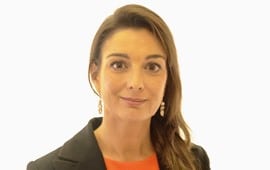 Briscoe: consumers will not be asked for names or emails

Legal Beagles, a consumer rights forum, has launched a comparison website using its own research on fixed fees to decide how law firms are listed.

She said that only around 500 firms were “clear and transparent” in publishing fixed fees on their websites, rather than expecting consumers to call them to find out a fixed fee.

Ms Briscoe said LBcompare rewarded them by giving them an entry in colour on the website, rather than in grey, and a free trial during the next six months, while the site remains in ‘beta’ mode.

“We want this to become a resource for consumers,” she said. “We do not want to support a race to the bottom.

“We want to make sure that people understand that a simple online will, which could cost as little as £38.50, is not suitable for those with complicated needs.”

Following its formal launch this summer, LBcompare will charge law firms a flat rate to actively participate on the size, depending on their size. Fixed fee legal services for conveyancing and personal injury will also be featured.

“We want to move away from the referral fee method – at no point will we ever do that. Unlike other websites, we will never ask consumers for their name, email, or any other data.”

All law firms are listed, with entries based on the Solicitors Regulation Authority’s records, and all of them can be reviewed and rated by consumers.

Ms Briscoe set up Legal Beagles with Sharon Coleman in 2007, which has expanded to a point where it has 70,000 members and receives 150,000 unique visitors a month.

Ms Briscoe said a private equity firm offered her and Ms Coleman £7m last year for majority ownership of the forum, but they declined because they “could not guarantee what would happen to it”.

She said that, unlike the forum, the comparison website was a fully commercial venture, backed by £350,000 of investment from seven private individuals.

She said that, along with law firms, the website listed claims management companies (CMCs) providing PPI services and regulated by the MoJ. Ms Briscoe said LBcompare aimed to analyse CMCs’ ratings on the internet and consolidate them into a single rating of its own.

“We want to create a one-stop shop so consumers can see whether a company is dodgy or not. A handful of very good companies provide PPI services.

“Claims companies have never been listed in this way before, and their fees vary from £100 to £462 to reclaim the same amount of PPI.”