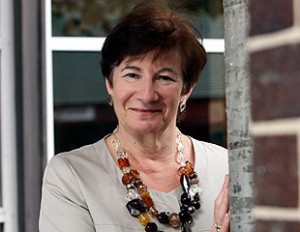 Deech: if you wait for the outcome of CPD, it’s too late

The Legal Services Consumer Panel has called upon the ongoing Legal Education and Training Review (LETR) to propose a revalidation scheme for lawyers.

Speaking at the second Legal Services Board seminar on the big issues facing the LETR, panel member Neil Wightman said that CPD was “widely discredited” and called for the LETR to embrace a periodic review of competence for all lawyers.

Revalidation would bring the profession “into line with what people think is already required of lawyers”, according to the panel’s research, he said.

Barrister Matthew Nicklin, a member of the Bar Standards Board, criticised the existing points-based CPD schemes for solicitors and barristers as “defective” because it measured the “inputs and not the outputs”.

However, his solution involved barristers self-certifying that they had completed sufficient CPD to be able to demonstrate competence in their field of advocacy.

Speaking from the floor, BSB chairman Baroness Deech backed the existing CPD regime, albeit with reservations. She said that while she understood Mr Nicklin’s critique, “if you wait for the outcome it’s too late. If a client goes to a lawyer for advice and it turns out that particular lawyer hasn’t done his or her CPD, the client won’t know; they’ll only find out when it’s much too late. So it seems to me that somehow you’ve got to check… before the event happens”.

Meanwhile, Professor Andy Boon, dean of the University of Westminster’s school of law – which co-hosted the seminar – argued that judicial evaluation in the Quality Assurance Scheme for Advocates (QASA) is flawed because it requires the judge to focus on an advocate’s performance rather than the case being heard, a prominent legal academic has argued.

He questioned whether QASA was “robust enough to bear the weight of the consequences that flow from it” because it relies on breaking down advocacy into check boxes on the assessment forms that judges are expected to complete.

“If the advocate chooses judicial assessment, it’s at the conclusion of the case [in order that] the judge is not distracted as the case goes on by having to mark the advocate while thinking about the case. So that introduces the criticism that if the… judge [finds] the performance is not adequate, he or she wasn’t actually paying proper attention as the case went on,” he said.

Professor Boon’s observations feed into concerns about judicial evaluation raised recently by Lord Justice Moses, who among other things suggested that a negative evaluation of performance might surface in a future appeal – although in the context of questioning an advocate’s conduct of the case, not the judge’s.

Baroness Deech defended QASA’s insistence on judicial evaluation being necessary for an advocate to progress up the four grades of competence. “I think there’s nothing like actually having to perform in the real-life situation. That’s what it’s all about,” she said.