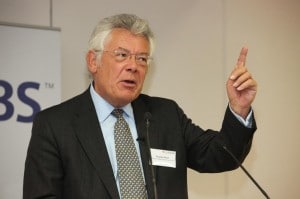 Plant: due to step down as SRA chairman next year

The Legal Services Board’s (LSB) consumer body has come out strongly in favour of making it compulsory that the chairs of the frontline regulators are not drawn from the profession, saying it would help counter conservatism in liberalising the legal market.

The Legal Services Consumer Panel (LSCP) admitted its views on the issue had hardened since the previous policy change that insisted lay majorities sit on the regulators’ boards, and argued lay chairs – as proposed in an LSB consultation [2] – could both bolster public trust in lawyers and counter conservative attitudes in the profession towards market reform.

It observed that since the Legal Services Act’s reforms sought to “put consumers at the heart of regulation”, there had been a backlash against a perceived ‘cult of consumerism’ which reflected “resistance to the influence of market forces on the law and a false perception of a clash of values between the consumer interest and professionalism”.

Having a lay person at the head of the regulators could “strengthen the independence of regulation from the profession”. It noted that chairs are of the “public face” of regulators and have “a key influence on their strategic direction, culture and operation”.

Despite some progress, an “innate conservatism” persisted “towards legal services as a market” and because chairs have a “formative influence on key decisions”, they could counter decisions made by boards that were well-intentioned but “inevitably… shaped by attitudes and beliefs stemming from the professional backgrounds of their members”.

The panel continued: “Measures that protect a profession from competition can be made subconsciously and reflect a genuine belief that the controls are necessary to safeguard standards.”

It highlighted what it viewed as foot-dragging by regulators: “The panel recognises that some significant changes have been introduced since 2007, but some of these – for example, changes to codes of conduct – have not been as radical as we had wished.”

It drew attention to its own tracker survey [3] which showed that public trust had fallen from 47% to 42% between 2011 and 2013 and LSB-commissioned research which identified a public perception that “lawyers stick together” when it came to complaints against them.

“Lay chairs could bolster public confidence that regulation is working in their interests, in an environment where low public trust of lawyers is partly due to a perception they are a law unto themselves and complaints would not be considered fairly,” the panel said.

The move to lay chairs should come into force in time for the recruitment rounds for the Solicitors Regulation Authority and the Bar Standards Board, it argued. The terms of office of their respective chairs, Charles Plant and Baroness Ruth Deech, are due to finish at the end of 2014.

The panel insisted the LSB should apply a lay chairs policy to all the approved regulators and not just those with representative bodies. It should be applied to the Master of Faculties and the Council for Licensed Conveyancers, which the LSB had proposed exempting. “The LSB should be consistent in its treatment of all the frontline legal services regulators”, it argued.