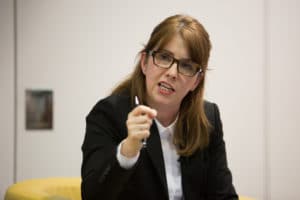 Davies: access to data is heart of our focus

Making law firms publish details of complaints and average prices on their websites will significantly improve the legal market for clients, the Legal Services Consumer Panel has argued.

Its newly published annual report renews the panel’s push for open data, even though the Legal Services Board recently cast doubt on some of its key recommendations.

Earlier this year, in a report on opening up data in legal services, the panel said information such as complaints numbers, pricing and “more sector-specific information”, like litigation outcomes and success rates, would help consumers choose lawyers and that regulators should require lawyers to publish them.

In her introduction to the annual report, chairwoman Elisabeth Davies said that since the panel’s inception, “access to data has been at the heart of our focus and priorities”.

She continued: “It has to be. It’s fundamental to consumer choice and at the heart of changing the way consumers both choose and use legal services. This is about getting the right information to consumers, in the right way, at the right time…

“Basic data is out there. It’s a start but it’s nowhere near enough. And when you look at other sectors we do not compare favourably. Our report called for regulatory intervention to guarantee that information becomes available to consumers, so they can make informed decisions and be active participants in the market.

“It’s particularly important to get more information out there on price and quality; two important choice factors for consumers. Our report has the potential to significantly change the legal services market, provided our recommendations are adopted.”

However, in its recent response to the panel’s recommendations, the Legal Services Board was unsure about several of them and said “further discussion and evidence” was needed before it was prepared to back forcing law firms to publish average prices.

Ms Davies also said in her introduction that in 2015-16, there has been more evidence of the consumer voice in policy making than at any time in the panel’s existence.

“This is the year in which it has finally felt that we have moved away from the outdated notion of consumerism versus professionalism. We still have some way to go before we have anything like a consumer-focused culture – or indeed a market that puts the needs of its consumers at the heart of everything it does – but progress has definitely been made and it feels fair and right for the panel to claim some credit for this.”

She said the panel has been taking action, rather than just telling the regulators when they were not doing the right thing – it has developed and delivered training in consumer principles and dealing with consumer vulnerability, most notably with the Bar Standards Board.

Ms Davies said the panel’s work had also highlighted the emerging role of “consumer segmentation”, a recognition that consumers were not one homogenous group and putting that into practice.

“Segmenting consumers in this way offers a new approach to tackling unmet need and addressing the problem of access to justice. This is the way we can ensure groups of consumers don’t get left behind in the future.”