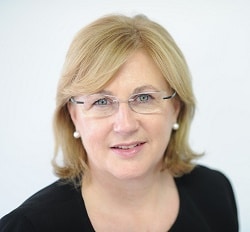 The Legal Services Consumer Panel is on the hunt for a new chair after the incumbent jumped ship after just a year to become a member of the Office for Legal Complaints, the body that oversees the Legal Ombudsman.

Dr Jane Martin was formerly Local Government Ombudsman and chair of the Commission for Local Administration in England.

She is joined by Annette Lovell and Elisabeth Bellamy as new members of the board.

Ms Lovell is director of engagement at the Financial Ombudsman Service, having previously been head of regulatory policy at the Solicitors Regulation Authority.

“I thank her for all her hard work to make sure that the interests of consumers are put right at the heart of legal services regulation.”

Meanwhile, the Law Society has named the members of its new main board, a key part of its new, if slowly emerging, governance structure.

Robert Bourns, the immediate past president, was announced as its chair in December, and three other members of the society’s council have been elected to join him on the board:

Two non-council solicitor members have been named: Penelope Warne, senior partner and chair of the UK board of leading law firm CMS, and Vicky Lockie, who trained at Clifford Chance, was associate general counsel for strategy and strategic initiatives at education company Pearson, before leaving in 2017 to set up consultancy VBL.

Two lay members make up the board: Judy Craske, a former RAF squadron leader, and HR and facilities management specialist at companies including Universal Sodexho; and Bill Butler, an accountant who was formerly chief executive of the Security Industry Authority and is currently a non-executive director of the Gangmasters and Labour Abuse Authority.

The governance reform has been inching forward over the past 18 months, largely behind closed doors. The slow pace of it prompted the resignation of the then chief executive Catherine Dixon in January 2017.

There remains no news on whether the 100-member council will be reformed.