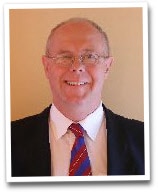 Barry: trade association to be launched

A new trade association, the Society of McKenzie Friends (MF), is set to be launched to represent the non-lawyer advisers who charge fees, as the first step towards self-regulation, it was claimed yesterday.

The announcement was timed to coincide with a major Legal Services Consumer Panel report on fee-charging MFs, which concluded the public interest benefits of MFs outweighed the risks and called for a “culture shift” to recognise them as a legitimate part of the legal services market.

But the panel concluded that MFs should not be regulated and should not have automatic rights of audience in the courts. They should form a trade body and commit to self-regulation.

The consumer panel’s report follows a roundtable it held in February, at which it presented the results of a qualitative survey it had done, building on anecdotal evidence that fee-charging MFs were on the increase as a result of the rise in litigants-in-person (LiP) following the withdrawal of civil legal aid.

The panel acknowledged there were a number of risks for consumers associated with using fee-charging MFs, who unlike lawyers did not have the protections offered by regulation. Risks included that the MFs could: be agenda-driven, offer poor quality advice, have a poor understanding of the limitations of their role, overcharge for their services, or breach the privacy of those they advised.

It pointed out that its call for case studies involving MFs had received little response, which it concluded “may suggest any detriment is not on a large scale”.

But it argued MFs could improve access to justice, especially where otherwise LiPs would be “entirely unsupported”, in particular in family law cases. Fee-charging MFs could also be seen to “widen choice for consumers” who chose an MF over a lawyer “in order to exert closer control over their case, due to the greater emotional support offered”.

The panel reported that judges it spoke to and the Civil Justice Council shared the view that MFs could help LiPs “to separate emotion from the facts, facilitate cooperation with court processes and other parties, aid with preparation of case papers and so on”.

Arguably MFs were not in competition with lawyers, the panel suggested, since the client base served by them was “uneconomic for lawyers to serve”. However, it said it had been told that rights of audience were now being granted to fee-charging MFs as “the rule” rather than only in exceptional circumstances.

MFs should not be regulated because the “cost and administrative burden of regulation” could raise their prices and in any event would “be a disproportionate response to the risks” given the “lack of evidence of consumer detriment”. Instead they should form a trade association.

The panel said to help separate good MFs from bad, judges should be “more robust” in using powers, such as civil restraint orders, to tackle disruptive MFs, and information when they did should be published transparently. Also, judges should have a wider discretion to grant MFs rights of audience.

Other recommendations included that professional bodies should include MFs in guidance notes to LiPs and that practice guidance issued by the senior judiciary should be “amended to portray [MFs] in a more positive way”. The Legal Services Board should clarify the meaning of ‘conduct of litigation’ – currently reserved to lawyers – and potentially recommend a change in the law in this area.

Ray Barry, a fee-charging MF and active political campaigner for equal parenting rights, who presented a paper to the roundtable calling for greater recognition, said he would be inviting colleagues to join him in forming a society of professional MFs “as a first step towards the self-regulation which the panel advises”.

Responding to the panel’s report, Mr Barry, whose community interest company Court Without A Lawyer, charges £40 per hour for court-based work, said: “What pleases me most about the panel’s view is that it is not simply a grudging acceptance that we are here to stay; rather, it recognises we have a legitimate role to play, that our presence outweighs the risks, and it encourages government and the senior judiciary to accept us.”

Solicitors reacted angrily to the panel’s recommendations. Law Society president Nick Fluck said: “Solicitors offer advice and services tailored to clients’ needs and finances. Cutbacks in legal aid mean new and innovative thinking in securing access to justice is urgently needed, but it is worrying that the consumer panel is endorsing a system where individuals act for personal financial gain and do not need to be qualified, competent or free of previous convictions  to appear in our courts.

“Such a scheme would provide poor service for poor people. There are no mechanisms to assess whether the fees would be reasonable. That is not the way to preserve a fair legal system in a world of continuing austerity and falling public spending. It would be more helpful for the panel to look at removing excessive regulatory burdens and costs from hard-pressed qualified practitioners fulfilling a vocation as lawyers undertaking legal aided work.”