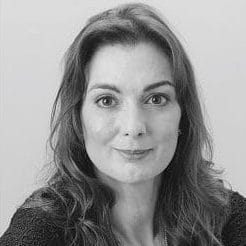 A partnership with IBM is helping leading consumer law forum LegalBeagles develop a chatbot that will answer the types of questions that people are regularly posting on the site.

The forum’s chief executive also highlighted the need for a digital triage service for legal problems.

LegalBeagles launched in 2007 and since then there have been some 900,000 different threads on its forums, often dealing with the same questions.

Co-founder and chief executive Kate Briscoe said it was now working with IBM to bring all that data together to create a chatbot that would provide an immediate answer to common questions, rather than users having to wait for a human volunteer to deal with it.

Instead, the volunteers will be able to focus on more complicated issues that arise.

The chatbot is being developed on a practice area by practice area basis, starting with employment law and then moving on to litigation. The first one should go live next year.

This use of machine learning will also enable LegalBeagles to see new trends in consumer legal issues emerge.

Last year, LegalBeagles and IBM received a £262,000 grant from the government’s Industrial Strategy Challenge Fund to investigate ways of using artificial intelligence to “predict best routes for consumers to find solutions to legal issues” and “locate legal knowledge faster, identify new patterns and trends, whilst at the same time helping consumers with their legal issues”.

Ms Briscoe explained what they were doing at an event organised yesterday at the start of Justice Week by the Legal Services Board on whether public legal education can really increase access to justice.

LegalBeagles has 120,000 registered members and a reach of 1.5m consumers and businesses a year. It relies entirely on its “volunteer community” to help people posting on the forums with their problems. It uses the wisdom of the crowd to ensure the right answers are provided. “If anything’s wrong, the other users jump on them from a great height,” she said.

The one-time solicitor told the event that “not enough attention” was paid to the need for an emergency triage service for law.

PLE could only go so far in helping people deal with their problem – what was crucial was helping people to recognise they have a legal problem in the first place, she said. Research has consistently showed that people struggle to do this.

Ms Briscoe said: “Every single piece of legal research and policy over the past several years has highlighted the need for early intervention and access to advice. Not just access to justice but plain and simple advice.

“Most people don’t know how to tell if a legal letter or any letter is serious or not, just as the average person cannot diagnose a tumour.”

While Citizens Advice has provided “a great service over the years”, she said it can take three weeks to get an appointment, which could be too long for consumers facing litigation deadlines.

“We have built justice systems, court systems, 10,400 regulated law firms, but they’re not being used in a fair way,” Ms Briscoe said.

“What use is a court… if people are too intimidated to participate in it, which a default judgment rate of 89% suggests is the case. A lead-time for final hearing of one year, even for a small claims matter, is also a significant deterrent to participation.”

In the same way that, in first aid, there is the ‘golden hour’ to save a life, Ms Briscoe suggested there should be a “golden fortnight” to deal with legal problems – the first week to seek advice, and the second to decide what to do and take action.

“A digital triage realistically will offer the fastest access to advice of any other medium,” she said.

Ms Briscoe added that LegalBeagles was launching a pilot scheme with five law faculties for third-year students to work as volunteers on the site for six weeks at a time. Their posts will be supervised and they will receive a report on their work at the end.

The first 10 students are set to start work next month and if the pilot proves successful, the scheme will be rolled out.

Ms Briscoe argued that there were “very few legal issues people cannot navigate” when they had support.

The LegalBeagles forums are free, while users who want to find a lawyer are sent to the JustBeagle comparison website, which uses Solicitors Regulation Authority data on every law firm in the land. Firms can pay extra for enhanced listings.