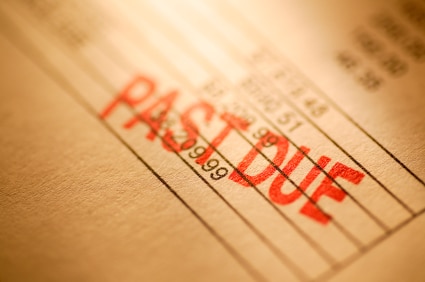 Smaller law firms specialising in insolvency work will be hit with a double whammy as Brexit favours big firms that can keep debt recovery costs down, while an Online Court will make it easier for litigants in person to pursue claims, a report has predicted.

But the overall picture for law firms handling insolvency work was bright, said the report on Debt-related legal services [1], by IRN Research.

It predicted that the overall amount of debt recovery work would grow, with more county court claims and judgments – possibly up by 26% between 2016 and 2021 – more insolvencies and more property repossessions.

Property claims related to mortgages were expected to see “an especially rapid rise” in the next five years.

Equally, the report said: “The value of non-performing loans and the value of debt written off by businesses are also likely to rise strongly in the future.”

Also, said the 86-page report, it may pay to invest in ‘predictive analytics’ technology, which was “likely to be a growing feature of the market” because it would enable firms to target their efforts only “on those debtors most likely to pay, thereby reducing costs and improving their cost effectiveness”.

Further, it said, there would be opportunities for firms that could offer a one-stop-shop collection service to major debt purchasing companies.

But the flip side was that smaller debt-focused law firms would be squeezed, finding it harder to compete as increasingly debt was sold to debt purchasing companies that needed to contract with firms able to handle high volumes of work.

This sort of outsourcing would be encouraged by higher costs resulting from new rules on debt collection, the report predicted – specifically the pre-action protocol for debt claims aimed at encouraging early engagement between the parties, which comes into force in October 2017, but also including new Ofcom ‘persistent misuse’ rules on telephone calls.

To make matters worse for smaller firms, “Brexit could significantly increase the time and cost of recovering debts from EU countries in insolvency cases, again meaning the largest law firms, with pan-national operations, will have a distinct advantage”.

However, in an era of political uncertainty, IRN said it would base its firmest conclusions on official forecasts for the trajectory of the UK economy. On this information, it could be that by 2021, up to a million more consumers faced debt repayment problems than today.

Consumer debt would drive the debt burden on businesses: “This is likely to mean that many of the weakest UK businesses… could find life much harder in the future compared with today, especially if business loan rates rise.”