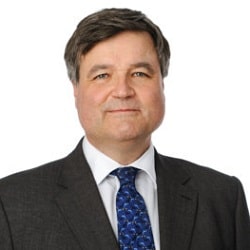 Llewellyn-Lloyd: Pandemic has increased pressure on traditional firms to invest

Firms of legal consultants are set for huge growth and will become the dominant business model in the consolidation of the high street and mid-market, a report has predicted.

Arden Partners PLC estimated that around 50,000 solicitors – a third of the profession – could be working as consultants in just five years’ time, with traditional small partnerships a rarity by then

There has been a rapid increase in the number of consultant firms in recent years, offering lawyers a central service platform, brand and management infrastructure from which to operate, in return for a percentage of their billings, typically around 20-30%.

Though it reckoned that the number working at firms such as Keystone, Gunnercooke, Taylor Rose and Setfords currently made up just 1% of all solicitors, Arden said it could double every year, “stimulated by the success of remote working during the pandemic and the benefit of significant investment in IT and back-office infrastructure”.

Taylor Rose is unusual in that it combines its consultancy operation alongside a traditional employed model; the report said it was “well placed to take significant advantage of the opportunity in this space, with a natural ability to cross-sell cost-efficiently”.

Arden is a mid-market investment bank that has led the way on advising law firms about listing or other forms of external investment.

It suggested that the success of Keystone Law, which is now valued at a significant premium to its listed peers – with its share price increasing 200% in the three years since listing on AIM – has moved the goalposts for law firm investment.

“Traditional firms looking for equity investment will now be benchmarked against such performance. They will also need to consider acquisitive growth strategies and how to onboard teams without paying out goodwill.”

The report said the consultancy model has overcome initial scepticism to gain acceptance from lawyers, clients and investors, and its operating model has become much more mainstream.

“Areas where consultancy firms were originally derided, including the implementation of sophisticated practice management systems, a preference for remote working and a focus on ‘self-service’ by efficient fee-earners with a reduced number of support staff, have increasingly become a competitive advantage.”

The report said Covid-19 could be the “catalyst that reshapes the mid-market and high street over the next few years”.

It said: “The pandemic has piled on additional pressures to traditional firms that are now facing a perfect storm of years of underinvestment in IT, an ageing equity partner group, and limited and reducing capital reserves.”

High street and smaller mid-market firms would become “squeezed” between fast growing acquirors/consolidators and the consultancy model and the report warned that the option of being a “small local player” may only be viable with the consultants’ model.

“Upcoming generations of lawyers are increasingly itinerant and equity partnership is an increasingly unappealing goal. The ability to manage work/life balance and maximise earnings without partnership capital contributions is a strong factor in the growth of legal consultancy, especially as more and more lawyers are voting with their feet.”

The report said consolidators faced significantly greater costs to expand, having to integrate small law firms and their legacy systems, and address restructuring costs such as redundancy pay or existing office leases.

Growth was much cheaper for consultant models to achieve, by contrast, with minimal capital expenditure required.

The other model Arden said could prosper is the ‘hub and spoke’ strategy articulated by Shakespeare Martineau, “but still to be tested whereby central costs and infrastructure are consolidated around a core hub allowing practices to join and benefit from scale and shared costs but retain their identity”.

It went on: “This may be a particularly attractive model to larger regional mid-market firms who have a strong identity, but longer term will face a strategic threat if they fail to invest in the ‘New Law’ market.”

All these models, or mixtures of them, “generate efficiency from scale and investment”, the report pointed out.

“They also have the ability to invest in central management and brands that will enhance their ‘customerisation’, gearing themselves up to provide competitively priced services that the client wants, even if not pure legal services.

“Faced with this competition, the traditional small partnership will become a rare sight in five years.”

John Llewellyn-Lloyd, head of business services at Arden, said: “The pandemic has increased pressure to invest in IT infrastructure and reduce back-office costs, but most firms are facing historic lows in available cash, with partners generally reluctant to commit additional capital.

“The UK smaller mid-market legal sector remains exceptionally fragmented, and consultancy-based legal businesses are now in one of the strongest positions to act as the lead consolidator.

“They have higher quality infrastructure for managing and delivering legal services; they are much better placed to recruit lawyers directly, without the costs and risks of M&A; and the recent rapid adoption of home working has accelerated the appeal of ‘officeless’ legal advice to lawyers and clients.”

Arden drew a parallel with the disruption wrought in wealth management by St James’s Place, which used a scalable platform to draw in over 4,000 self-employed financial advisers, roughly 12% of the entire UK market.

The study saw similarities too with how the UK opticians’ market changed in the early part of this century, when a regulatory shift allowed opticians to advertise their services. Two-thirds of the market has now been consolidated by three national chains (Specsavers, Boots and Vision Express), all of which run franchise models.

Mr Llewellyn-Lloyd said: “With a significant unrealised market opportunity, an ever-increasing market share and an attractive and cost-effective recruitment proposition, it is easy to see why the consultancy model makes such a strong investment case for public and private investors.

“We expect it go from strength to strength with businesses like Keystone and Taylor Rose in the vanguard of what could be an impressive disruption story.”