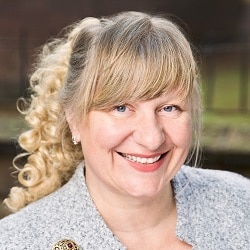 Newport: Conveyancing is dangerous because it seems easy

A consultants-led law firm based in Yorkshire has unveiled plans for national expansion after seeing its caseload double in 2020 with the post-lockdown conveyancing boom.

Wakefield-based Newport Land and Law focuses on chancery-style work and is among only a few of the so-called virtual or dispersed legal practices to do conveyancing and private client work in addition to commercial.

It is also starting to build a dispute resolution practice.

Set up four years ago by Anna Newport, the firm has nine self-employed consultants – four of whom have just joined the firm – together with five back-office staff.

Ms Newport said the hope was to have 50 solicitors on board over the next three years, while she is eyeing up new office hubs in Oxford and South Wales ahead of other locations, with a similar mix of legal specialisms.

She said: “We’ve built a client base with national reach and now is the time to accelerate our ambitions with new offices. The development of our consultancy offer will give talented lawyers the flexibility they want with the support of an established operation that shares their values and a focus on client service.

“Despite all the challenges, 2020 provided a strong launchpad for growth. Our caseload in the final quarter of the year was 400% up on the year before, and we’ve seen the expansion of both our probate services and demand for dispute resolution.”

Ms Newport told Legal Futures that, having taken a year out, she initially set up the firm to service her existing conveyancing client base. But she then met private client lawyer Chris Walton, who was already working as a consultant, which opened her eyes to the potential of the model.

She stressed that her primary objective – and selling point – was the focus on the team’s health and wellbeing: “There needs to be safe place to land when you’re coming out of full employment. It’s an emotional transition and I’ve done a lot of work on this.

“We have to undo some of the damage done by the ‘billing target, work yourself to death’ mentality that we’ve all been the victim of at some point in our careers.”

Newport Land and Law was ready to expand now she has built solid foundation, with “a decent office, a case management system, a well-written consultancy agreement and an established onboarding process”.

The difficulty, she predicted, would be finding the right quality of lawyer. “A lot of what I see out there in the market is mediocre lawyers doing a mediocre job. They think a lot of it can be done by children pressing buttons.

“But it takes people who really know what they’re doing to do it well. Conveyancing is dangerous because it seems easy.”

Consultants are free to determine how much work they do and are not tied exclusively to Newport Land and Law.