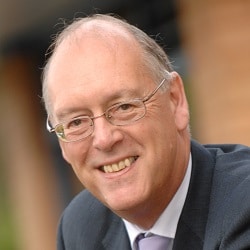 Consolidator Metamorph Law has made its second acquisition this year – and eighth in total in a little over three years – by buying Buckinghamshire practice Parrott & Coales.

The deal enables Metamorph Law to enter the Home Counties and brings additional expertise in both residential and commercial property work, wills and probate, family and notarial matters.

Metamorph Law operates as a single business with multiple local and national brands.

Parrott & Coales has 25 partners and staff in two offices in Aylesbury, and annual revenues of around £2.5m.

“It adds to our geographical reach in an area of the country where we expect to grow further… and fits perfectly with our strategy to grow as a single business with multiple brands.”

Sarah Plumridge, managing partner of Parrot & Coales, added: “Being part of the group will strengthen our presence and allow us to embrace all challenges in the legal profession.” Specialist law firm Bennett Briegal acted for Parrott & Coales.

It is only one of several mergers and acquisitions announced across the country in recent weeks.

Solicitors Title, a business law firm with offices in Exeter, Yeovil and Totnes, has bought Somerset-based practice Broomhead & Saul in a pre-pack sale in a deal that saved the 124-year-old business and the jobs of all 34 employees.

Broomhead & Saul has offices in Taunton and Ilminster and provides a full range of private client services.

Sean Bucknall, one of the joint administrators from Quantuma, said: “The business found itself in difficulties after a number of partners retired in quick succession and has faced challenges with the integration of a new operational system.”

Their solicitor, Alan Bennett of Ashfords, said it “illustrates the financial difficulties many law firms are currently facing”.

Wilkin Chapman’s recoveries team now employs 130 people in this field of work, with an expected annual turnover of £7m.

Chris Grocock, the partner in charge of the team, said the acquisition was “the final piece of the jigsaw”, meaning the team could offer corporate insolvency expertise, alongside debt recovery litigation and personal insolvency services.

East of England firm Ellisons has taken over Bury St Edmunds practice Gross & Co, giving it a second office in Suffolk along with a presence in London, and 25 more staff specialising in immigration and charity law. Ellisons now has more than 250 partners and staff.

In Manchester, Brabners has acquired Manchester employment firm HRC Law, which is particularly strong in the recruitment sector.

The 15-strong team means a return to Brabners for HRC Law founder Simon Whitehead as a senior equity partner, having left the firm in 2011.

Nik White, managing partner of Brabners, said: “HRC Law has achieved impressive growth from a standing start so we are very optimistic about our potential as a combined force… The UK recruitment sector grew to more than £35billion last year and is an area in which we are keen to strengthen.”

Brabners, which has more than 380 staff, also has offices in Liverpool and Preston

Womble Bond Dickinson has bolstered its intellectual property practice by buying Harrogate boutique firm James Love Legal, whose team has moved to Leeds as a result, while in Scarborough, North Yorkshire Law has merged with Bedwell Watts & Co. The firm operates under the North Yorkshire Law name and from its offices.

Finally, on the international front, the world’s largest law firm, Dentons, is to merge with South Korean firm Lee International, making it the first global firm in which its South Korean operations would be 100% owned and controlled by Korean partners from the local community.

“This is not a traditional merger,” it said in a statement.

It follows announcements in the past week that Dentons is also merging with Kensington Swan in New Zealand and Gustavo Zacapa y Asociados in Honduras.

Earlier this year, it also struck a deal with MawereSibanda in Zimbabwe and launched practices in Venezuela and Chile.