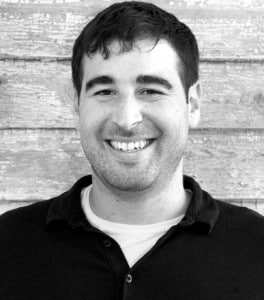 Confusion among solicitors is the biggest challenge to the hours-free competence regime introduced by the Solicitors Regulation Authority (SRA), a survey has suggested.

The second biggest challenge cited in a poll of 192 law firms, large and small, was that “solicitors think they won’t have to do any training”.

The survey, by compliance training specialists VinciWorks, found that only around 15% of firms believed the main problem was “solicitors’ unwillingness to change”, while less than 10% highlighted lack of communication between larger firms’ compliance and learning departments.

The new regime was introduced on a voluntary basis last year, but will become compulsory for all from 1 November 2016.

Yehuda Solomont, marketing manager at VinciWorks, said although compliance and learning departments may “ready and prepared” for the transition, they were “struggling to change the way solicitors learn”.

Mr Solomont went on: “Solicitors learn in a very hours-based way. A lot of people use the same hours-tracking system they use for other work. They’re good at what they’re used to, but this is a new way of doing things.

“The SRA is saying that you can’t just track it like that. It’s about the quality of what you’re learning.

“The SRA has some great guidance on the steps firms need to take, but I think people would like to see more examples of what training plans look like.

“A lot of firms have taken up the idea of advanced training teams. They find the most enthusiastic solicitors and run a pilot. It’s very popular and something we’re recommending, based on research.”

Mr Solomont said some small firms seemed to think that “all they have to do is tick a box” saying they’ve done their training. The hardest people to convince that they need to do training are often the senior people.”

The survey found that the most popular way firms intend to monitor compliance is through performance reviews (over 35%), followed by file reviews (20%) and only then requiring minimum hours from a verified source.

Despite their traditional conservatism, just over 50% of firms said, when asked about learning styles, that “any learning is fine”.

A surprisingly small number of firms, only around 8%, said they adopted the new competence regime last year. A much lower proposition than previous research suggested, Mr Solomont said this could be explained by the SRA’s late publication of the training declaration, in September last year, and the difficulties faced by big firms wanting to merge their compliance and training departments.

Viola Joseph, solicitor and legal learning leader at Hogan Lovells, one of the first big practices to opt into the new regime, called on solicitors last month to abandon the concept of “perfection” and concentrate instead on improving their performance.