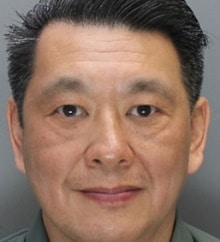 A doctor who fraudulently submitted false medical claims worth £183,000 to unwitting solicitors has been jailed for two years has been ordered to repay the money or face another two years in prison.

Benjamin Chang, 57, of Mill Hill, London, was found guilty at the Old Bailey in January of one count of fraud by false representation and for being in possession of articles for use in fraud and money laundering.

At the Old Bailey last week, a confiscation order under the Proceeds of Crime Act was granted against Chang. He was ordered to pay £183,000 within three months or face an additional two years in jail.

Detective Sergeant Matthew Hussey, of the City of London Police’s Insurance Fraud Enforcement Department, said: “Chang’s deceitful actions have led to him not only serving time in prison, but also now having to pay back the money that he fraudulently gained.

“The City of London Police and the Crown Prosecution Service worked together to ensure that Chang did not benefit from his illegal actions and we are pleased that he will now be paying the price.

“This money will be returned to the victims of the crime and will go some way towards repaying them for being defrauded.”

Chang was a registered but not a practising GP. He was employed to conduct medical examinations on behalf of solicitors for people making personal injury claims following car accidents.

However, Proteus Healthcare did not exist and was registered to an address where another business with no knowledge of Proteus was operating. The physiotherapist who was supposed to have provided the treatment did not exist either.

Further investigation revealed that Chang had invoiced the law firm for 18 different claimants’ physiotherapy treatment provided by Proteus Healthcare. None of the claimants had received this treatment and three of them had not even received a medical assessment from Chang.