Confirmed: No advertising campaign to tell public about whiplash reforms 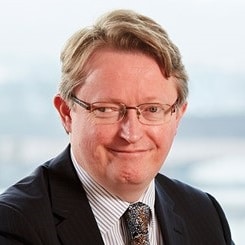 There will not be an advertising campaign to let the public know about the new way to pursue whiplash claims through the Official Injury Claim (OIC) portal, it has been confirmed.

Meanwhile, defendants are expecting people to claim they have suffered a range of different non-whiplash injuries in a bid to escape thew new Official Injury Claim (OIC) portal from 31 May.

According to information published by the Motor Insurers’ Bureau, which has built the OIC for the Ministry of Justice (MoJ), “there won’t be an advertising campaign”.

It said: “Much of the public awareness raising is expected to be done through compensators and the third-sector organisations signposting those who need to use the service to it.

“To support those on the frontline who need to signpost claimants to the service or answer their questions, we are developing toolkits that will be made available next month. These toolkits will include access to training videos, FAQs and branding material.”

The MoJ is ultimately responsible for this and David Parkin, deputy director of civil justice, will be speaking at the Legal Futures webinar on the reforms this Friday.

In the wake of its own webinar last week, the MIB addressed again one of the key criticisms of the system – how litigants in person were expected to know if their claims were worth over £5,000.

“This is a tricky area. It’s going to be really difficult for anyone to evaluate what an injury is worth, a week in after the accident. That is no different from now,” it said.

“Throughout we keep reminding people to think about the values; so we highlight the tariffs; we highlight judicial guidance and this is included within the Guide to Making a Claim that will be made available from the portal.

“If someone has a minor psychological injury or a whiplash injury the odds are very much stacked in favour of it being a less than five thousand pounds but inevitably this is an area we are going to need to monitor.

“If people are falling out of the system or going to the wrong portal, we may need to work with the MoJ to suggest adjustments.”

Some 98% of attendees of a webinar run last week by leading defendant law firm Kennedys said they expected to see claimants claim for other injuries in a bid to have their case bumped out of the OIC and into the costs-bearing Ministry of Justice portal.

Partner Niall Edwards noted that, perhaps as a precursor, “a number of additional injuries are becoming trendy again, so to speak, tinnitus being one of them – a subjective injury that’s very difficult to prove or disprove”.

He also foresaw an increase in headaches and other neurological injuries, minor psychological injuries and “a re-emergence, relatively speaking, of wrist and ankle injuries”.

Lewis Thompson, a senior associate in Kennedys’ costs team, said his main concern was the absence of clear costs sanctions for claims being inflated or wrongly being presented outside the protocol.

The delegate poll found that 79% thought they would also see more claims for rehabilitation.

Partner Jenny Harris said the OIC would ask claimants if they have been advised to seek treatment. “Inevitably we’ll find that a lot of claimants will have been captured by their solicitors or advisers, who will have close links to rehabilitation providers.”

She suggested that claimants may use having multiple rehabilitation sessions as a way to tip an injury from one boundary in the compensation tariff – which is based on the duration of the injury – to another.

A majority of delegates did not foresee the reforms reducing the volume or cost of fraudulent claims, which was the reason the government originally gave for them.

Partner Martin Stockdale, Kennedys’ head of counter-fraud, said the lower compensation levels would reduce the attractiveness of a whiplash claim to opportunistic fraudsters, rather than “professional enablers”, while adding injuries would draw unwanted attention.

Defendants will have 30 days to respond to an OIC claim and Mr Stockdale said the new regime would require a different approach to handling potential fraud by front-loading the need to identify it.

He said he could see a new wave of satellite litigation from compensators trying to resile from earlier admissions.

Overall, however 57% of delegates reckoned that the rules published last month would work. Ian Davies, the Kennedys partner also speaking on the Legal Futures webinar, agreed: “I think they will just about work but there are lots and lots of wrinkles and grey areas, and potential opportunities for both insurers and claimant firms.”