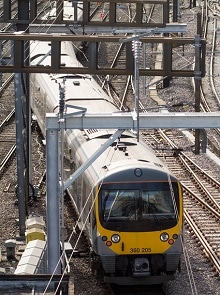 Defendants will soon be able to plead guilty, be convicted and pay a penalty immediately and entirely online for certain offences, the Ministry of Justice announced yesterday as digital justice moved a step closer to reality.

It is to test the system with the three summary, non-imprisonable offences: railway fare evasion, tram fare evasion, and possession of unlicensed rod and line, before moving to certain road offences if successful.

The MoJ gave the go-ahead following a consultation held on limited aspects of the Transforming justice vision statement published last September, which showed support for the move.

It said the procedure would provide “a more efficient and proportionate way of dealing with low-level cases with no identifiable victim, freeing up magistrates’ time and space in court buildings to be focused on more complex cases”.

Emphasising that the process would be entirely voluntary, the MoJ said anyone convicted would not be “sentenced by a computer or algorithm”.

The response paper said: “The detail of the penalty will be set out in secondary legislation and the amount of the standard penalty to be imposed on an offender will be specified for each offence. The total penalty will include a victim surcharge imposed, as now, as a percentage of the fine; a standardised amount of prosecution costs; and may include an amount to cover simple compensation for financial loss, where appropriate (e.g. unpaid ticket revenue) up to a specified level.”

The MoJ recognised the legal profession’s concerns – highlighting those expressed by Kent Law Society – that rail fare evasion could be an inappropriate offence for an automatic online conviction and standard penalty as the system would not differentiate between those who did not have the means to pay, and those who could afford to buy a ticket, but chose not to do so.

But it stressed that by limiting the process to non-imprisonable offences, this would catch strict liability offences such as failure to present a ticket, but not offences requiring dishonesty/intentional evasion of payment.

It made no mention of the national Law Society’s call to trial the process with TV licensing evasion instead.

Responding to concerns that an online process may minimise the significance of these offences by removing the ‘embarrassment’ of being in the dock and sentenced in public court, the MoJ said it would only apply to cases which already generally require minimum involvement from magistrates and would otherwise be decided by a single magistrate on the papers without the need for a court hearing.

“We are currently developing a solution which will ensure that the principle of open justice is maintained as we move to digital channels,” it added.

“We will ensure that all interested parties, including victims, witnesses, the public and the press, will have access to case listings and outcomes where appropriate.”

Defendants would always have the opportunity to present mitigating circumstances or provide information about their means, whether as part of the single justice procedure or at court, and the system would be designed to safeguard vulnerable people by clearly stating in plain English all the relevant evidence against them and the potential consequences of a criminal conviction.

The MoJ said: “Users will be advised to seek advice from Citizens Advice or a legal provider before proceeding, and will also be signposted to HMCTS Customer Service Centres which will be able to provide assisted digital support as well as answers to procedural queries.

“If it is subsequently proved that the defendant did not understand the consequence of their decision, the courts will have powers to set aside the conviction and proceedings could be started again.

“In particular, we will ensure that our assisted digital support takes into account the needs of those who are elderly or have disabilities, those with poor literacy or English skills, and those who lack access to technology because of cost or geography.”

Assisted digital support is the MoJ’s response to how it will help those who have trouble with using technology as court and tribunal services move online.

“We will work with third party providers to provide a national network of accessible, quality assured assistance. Telephone and webchat services will also be available and clearly signposted for those who already have access to IT but require extra support, and paper channels will be maintained for those who need them, as necessary.”

It promised extensive research and testing to ensure “our services will be more convenient, quicker and tailored to the needs of our users”.

The other issue consulted on was allowing First-tier Tribunal panels to consist of a single member unless otherwise determined by the Senior President of Tribunals.

The consultation uncovered a “high level of concern” about this, particularly in jurisdictions where there may be a high proportion of vulnerable users.

The MoJ said: “The issues raised mainly centred on the need to retain expertise on the panel in order to reach a fair and informed decision, and the need to make sure that users receive sufficient support from the panel.

“Whilst we do not consider that there is anything in our proposals which would result in decisions being made without the appropriate expertise being drawn on where required, or users being left without the support that they need, we recognise the concerns at the proposed approach. We therefore do not intend to proceed with the proposal.”

Instead, it will give the president the power to decide that a panel should consist of one, two or three members in order to determine the matters before the tribunal justly and fairly.